Monica Metsers was born in Wellington, New Zealand in 1980, but has lived in the English Lake District for the majority of her life. Monica graduated from the University of Dundee with a Masters Degree in Fine Art in 2005 and has participated in exhibitions in London, Sheffield, Newcastle, Cumbria and Swansea among others, and her work is in private collections both in the UK and abroad.

In 2007 Monica was short-listed for the Celeste Art Prize, and during 2011 was short-listed for 'New Lights' (The Valeria Sykes Prize) for young painters based in the north of England, and was awarded second prize from nearly 400 entries for 'Open up North,' held in Cumbria. In summer 2012 Monica exhibited as part of the Francis Bacon to Paula Rego exhibition at Abbot Hall art Gallery in Kendal, having been selected as one of the 'artists of the future' by the director. Monica has participated in exhibitions in London, Sheffield, Newcastle, Cumbria and Swansea among others, and her work is now in several public collections, both in the UK and abroad.

Through her practice Monica aims to explore ways in which subconscious fantastical experiences may be visually manifested. Her work reflects a lifelong love of fantasy and escapism. Primarily she makes objects, which are quick to realise, using existing objects as a basis upon which to intuitively build with various materials, in the hope of achieving interesting and unpredictable results. These are all painted white and then photographed with different colours cast onto them, depending on the effects she wants in a particular painting. Paintings are based on these arranged photographed compositions of the objects. Monica works in layers of oil paint, building up different thicknesses to create a sculptural effect. Her intention is to create dreamscapes or mindscapes that are subtly suggestive of imaginative and fantastical experience. 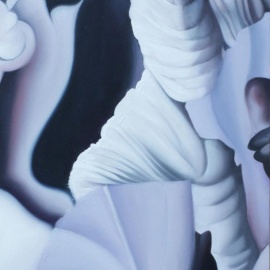 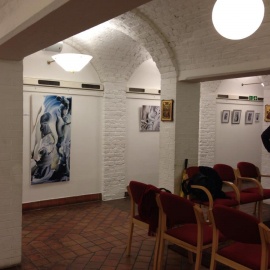 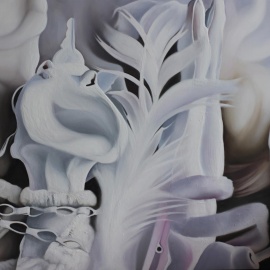 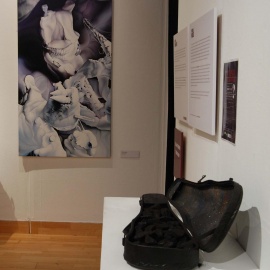 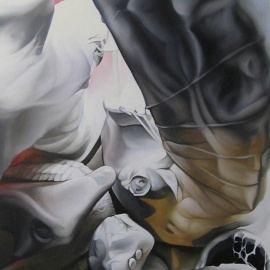 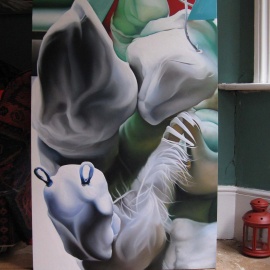 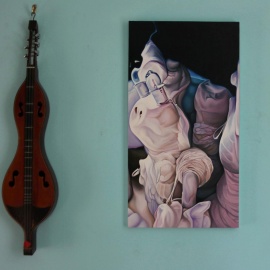 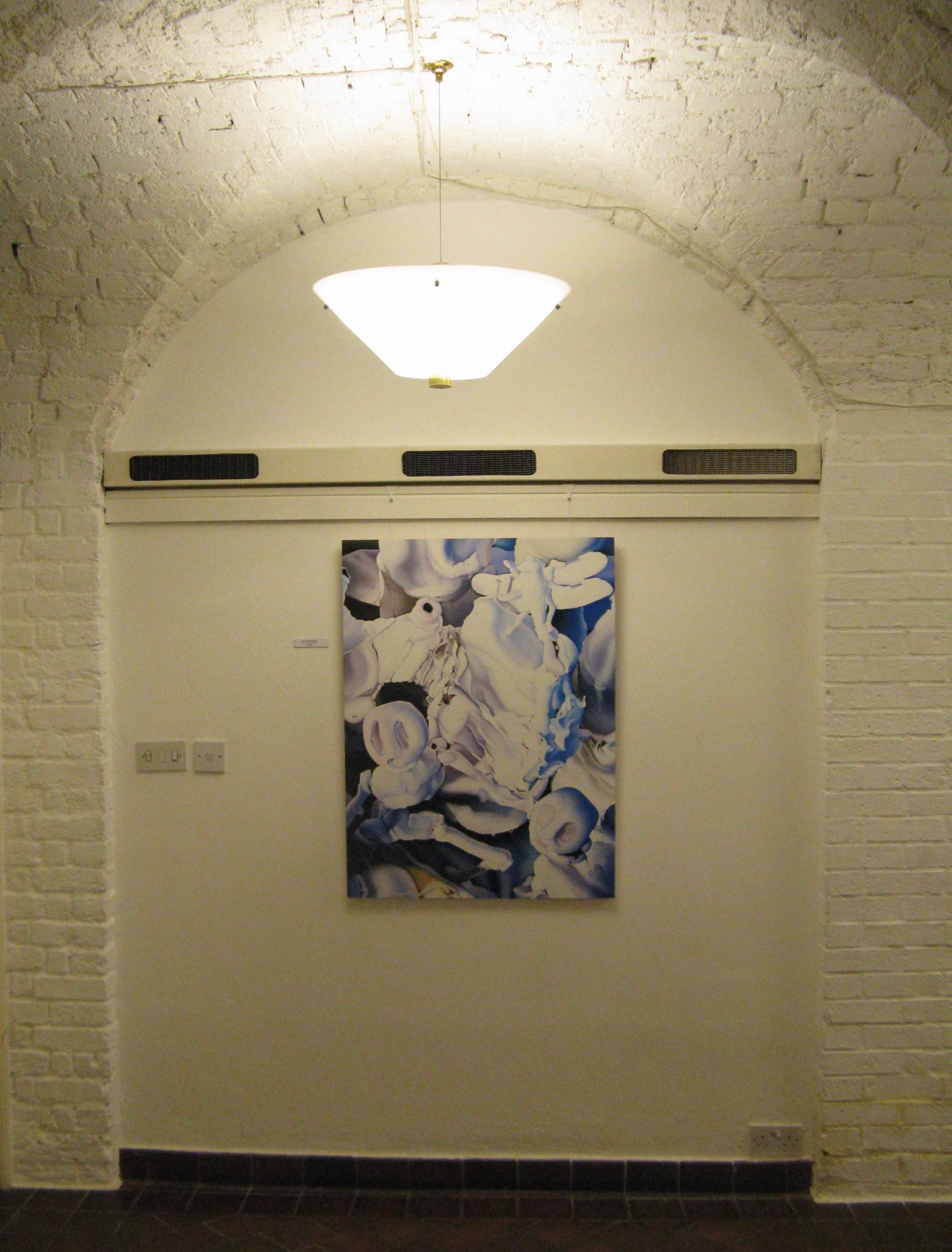 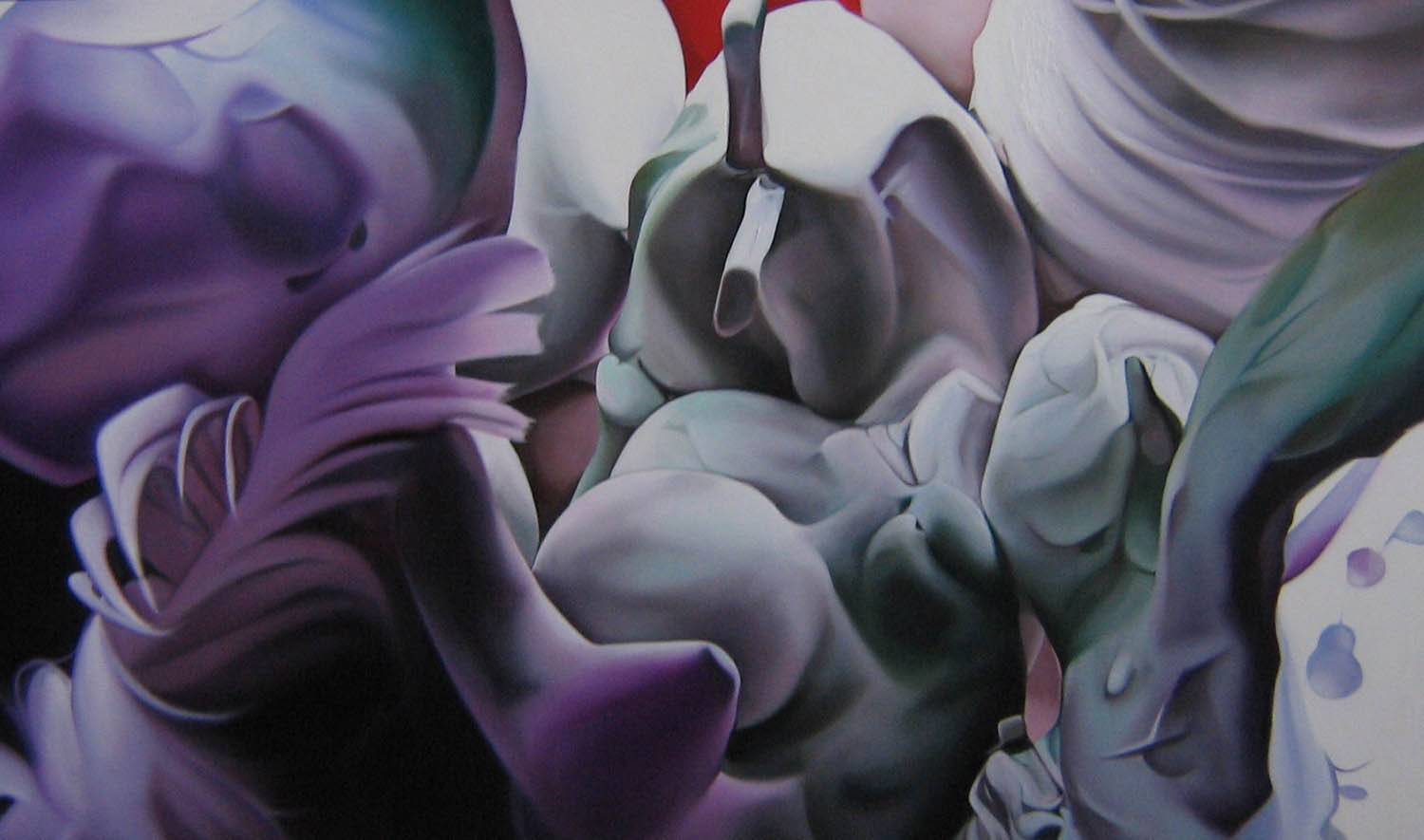 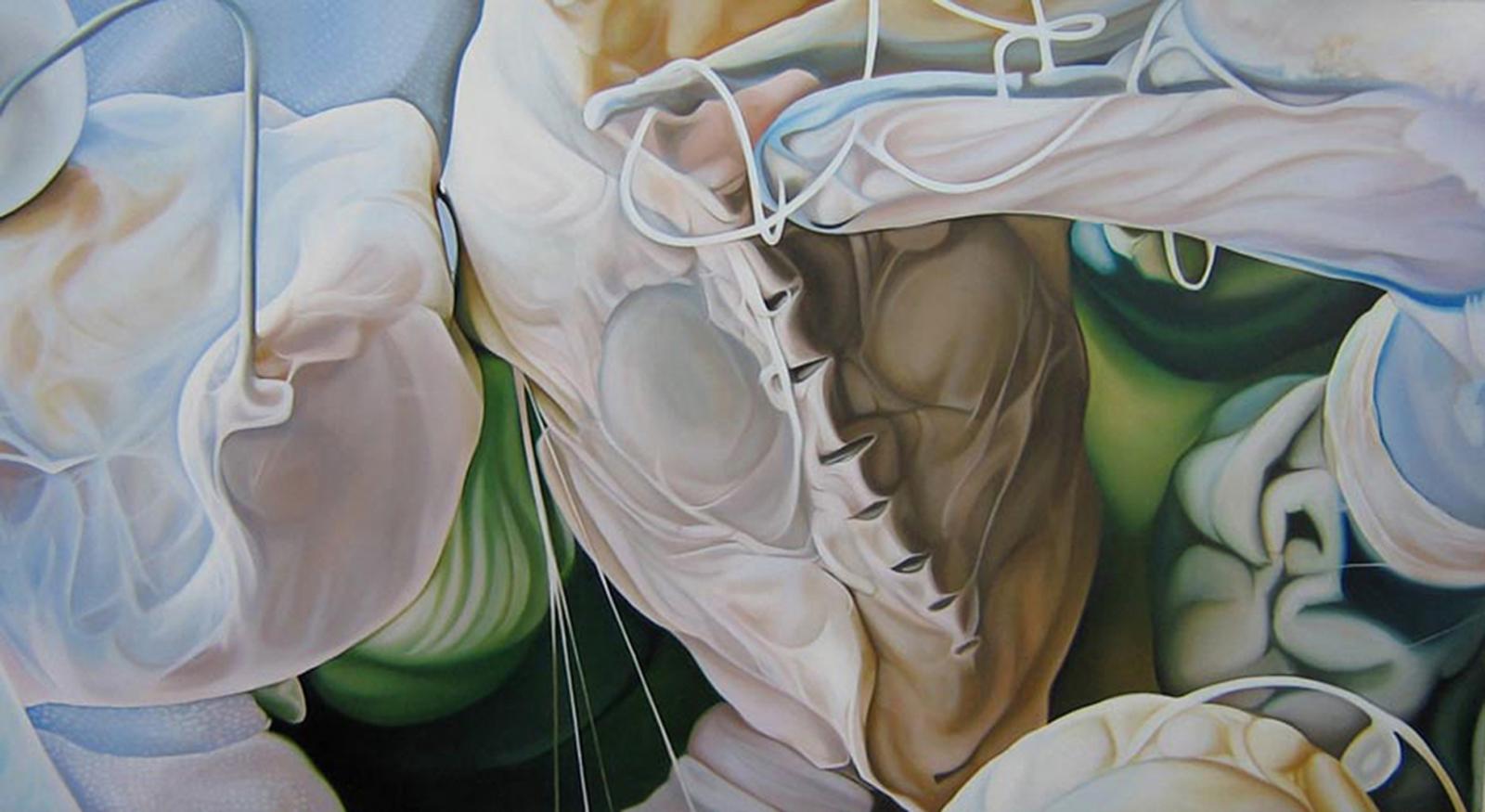 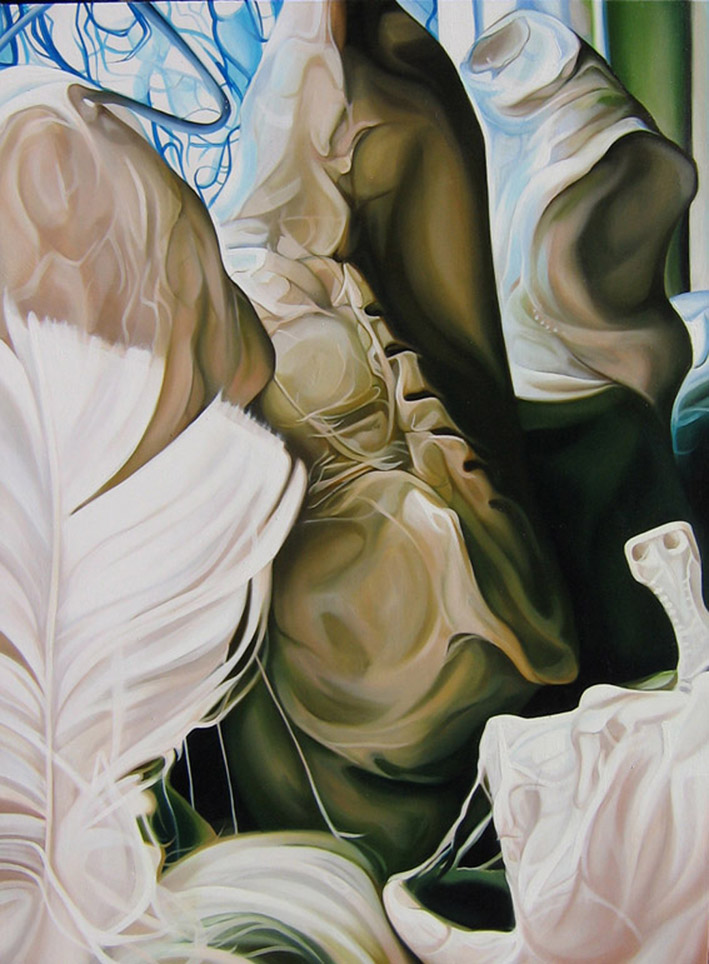 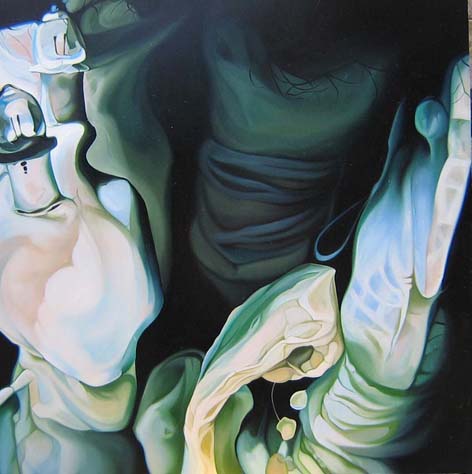