AS FEATURED IN: SEEN IN THE CITY 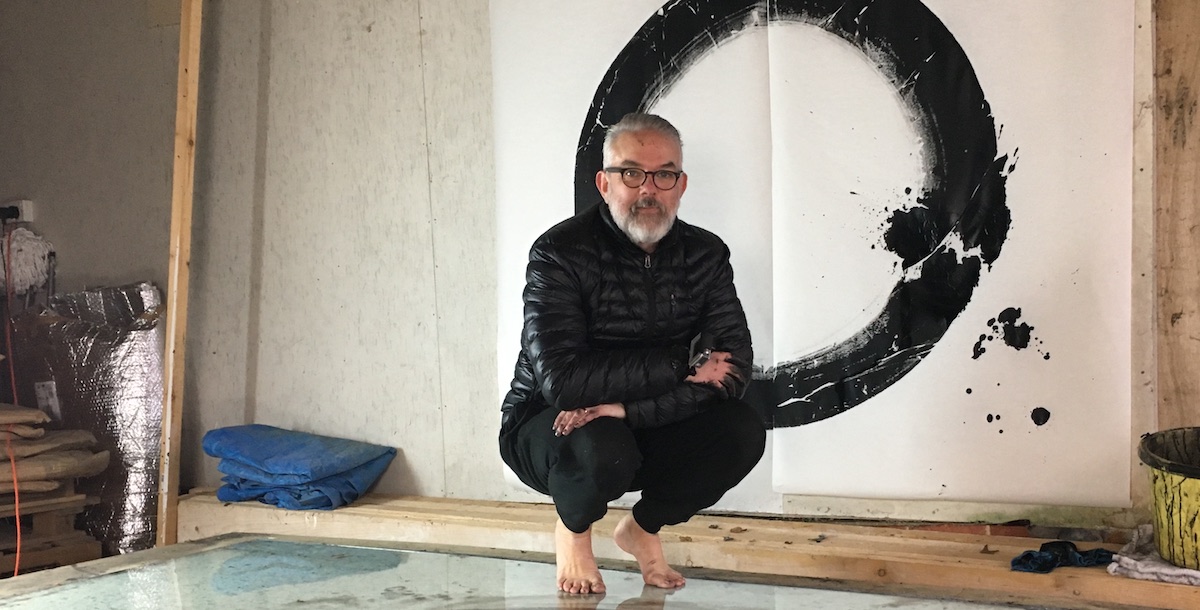 To do: Get crafty at the Bankside Hotel with Rod McIntosh. By Natasha Colyer On December 5, 2019

"In partnership with the Contemporary Collective, Bankside Hotel is delighted to announce its seventh artist in residence, Rod McIntosh. His residency runs from now until 10 Jan 2020. There is plenty of time to get your craft hat on and enjoy the many art offerings."

AS FEATURED IN: SOUTH BANK LONDON 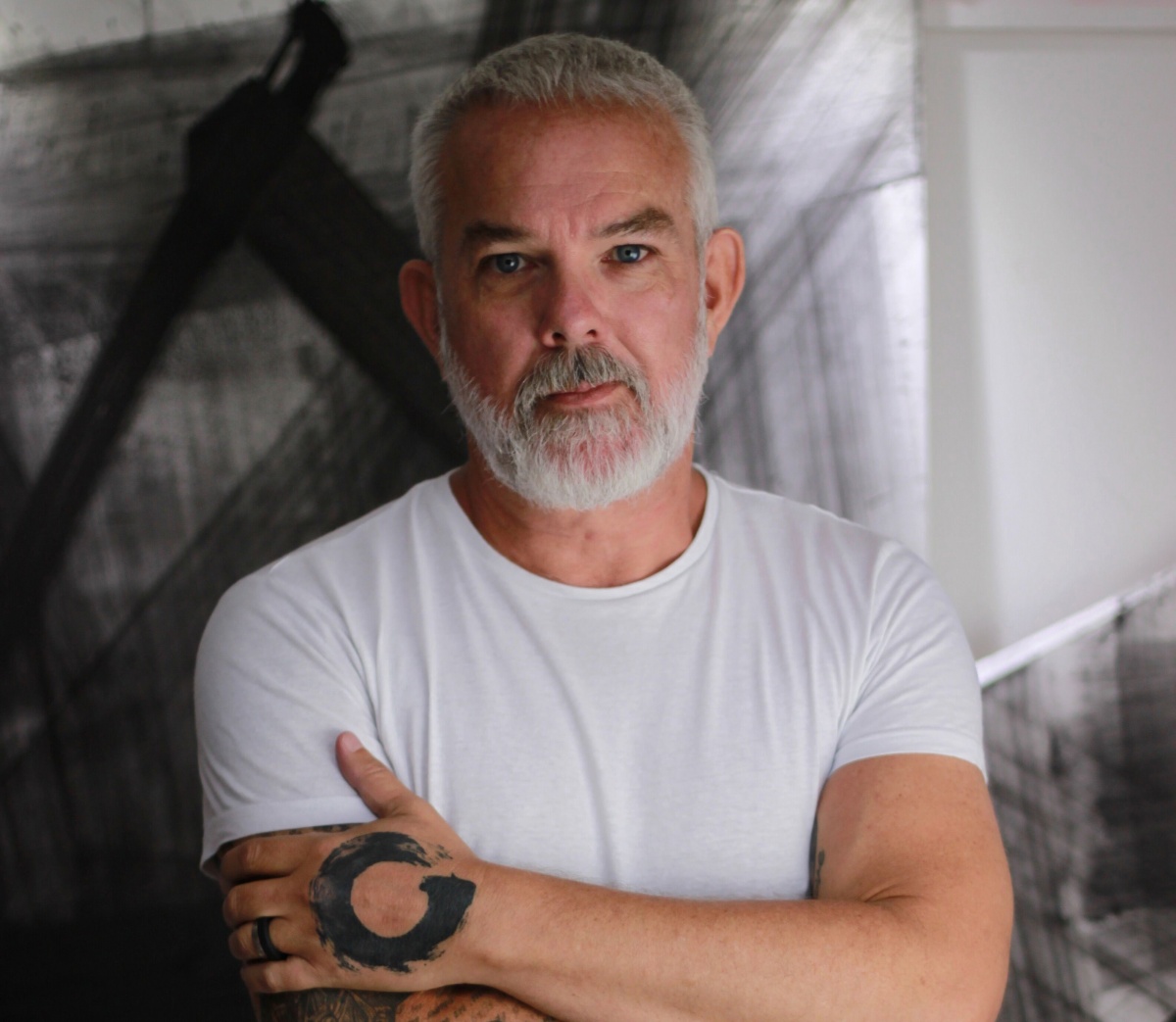 South Bank in Focus: Q&A with Rod McIntosh. By Tom Harrow-Smith On December 3, 2019

"Rod McIntosh is the current artist in residence at Bankside Hotel in collaboration with Contemporary Collective who draws heavily on mindfulness in approach to his works and focuses on the medium of ink as his main creative influence. His artworks won't be the only focal point of his time as artist in residence, Rod will also host a number mindfulness events throughout his time at Bankside, including free, weekly morning meditation sessions. Interested in finding out more, we sat down with Rod to ask him a bit more about his work, his style and influences, as well as the other projects he will be working on during his time in South Bank, including the 'All Things Ink' event that takes place this December."

AS FEATURED IN: ROBB REPORT 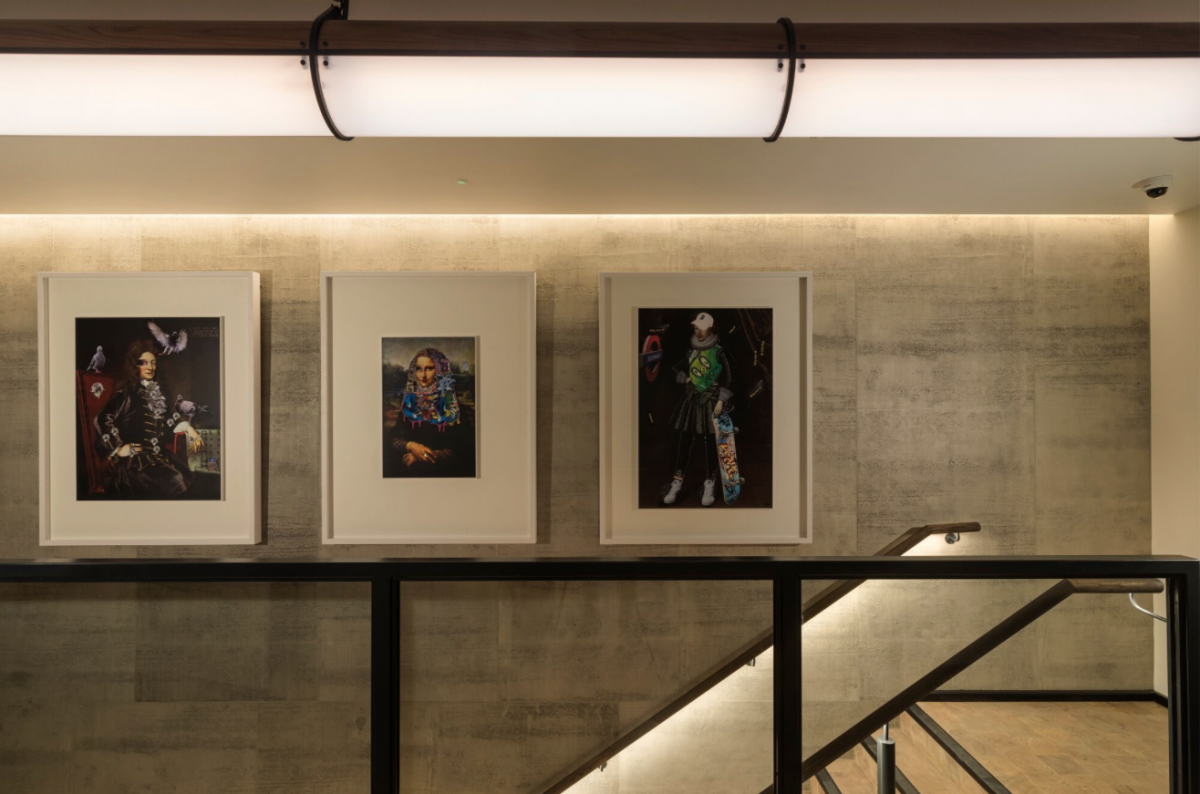 This Posh New London Hotel Is an Incubator for Up-and-Coming Artists A neighborhood brewing with creative energy welcomes an esteemed new hotel that doubles as a coworking space and showcase for art and design. By Dan Koday On January 22, 2019

"More recently, artists represented by Bankside curator Contemporary Collective, including Helen Gorrill and Victoria Heald, have been added to its roster of talent. The acclaimed Gorrill, who describes her work as “vandalizing old masters and reviving art historical portraits through photobombing and incorporating elements from contemporary subculture” submitted three portraits to Bankside’s gallery. In the works, Gorrill has drawn inspiration from the hotel’s South Bank ‘hood and the staff of the property itself, incorporating their features into the portraits that represent Mona Lisa, Shakespeare, and Sir Christopher Wren. For her residency starting this summer, the London-based Heald will host an artist talk about her experience in the industry and an event on using gold leaf as a technique in art, which she is well accomplished in."

AS FEATURED IN: GRAND DESIGNS 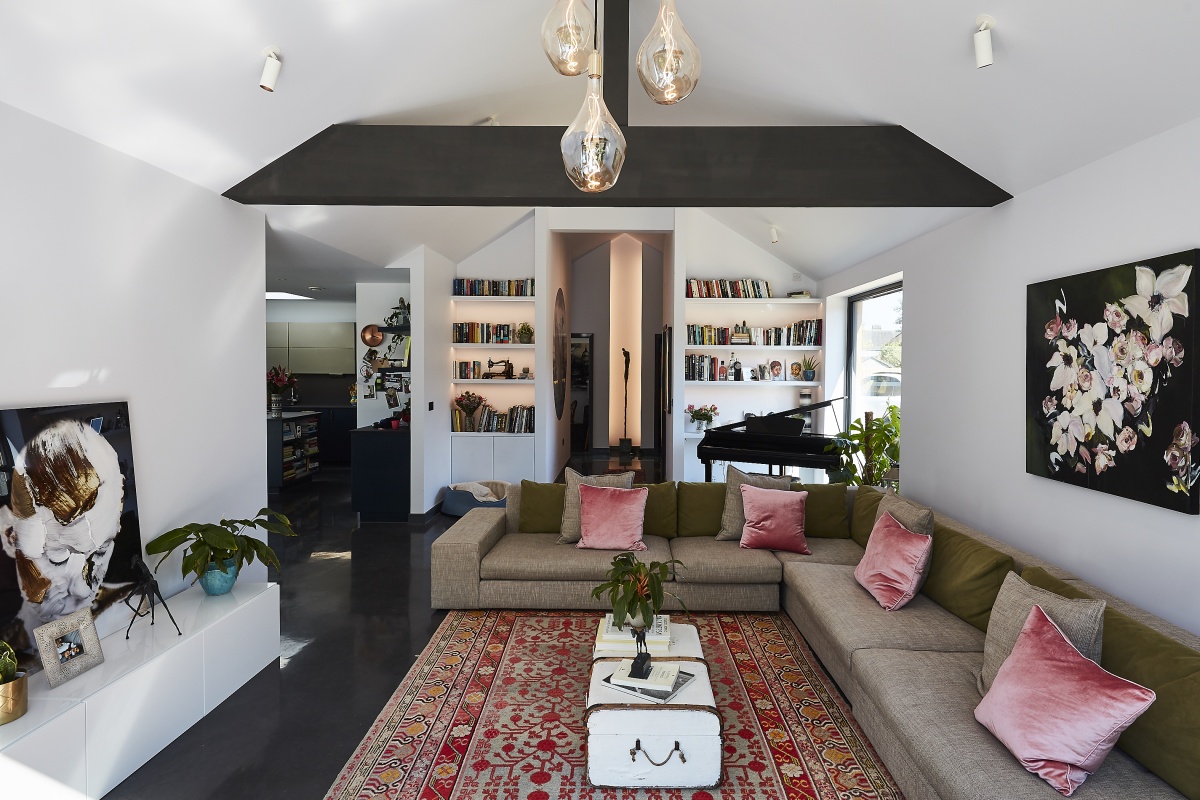 Grand Designs TV house: look inside Britain's first hypoallergenic home For the first time in Grand Designs TV history, Kevin McCloud followed Elinor and Born Barikor on their self-build journey to creating a healthy home. Take a look at the key features that ensure their project is a truly healthy building.

AS FEATURED IN: THE METRO 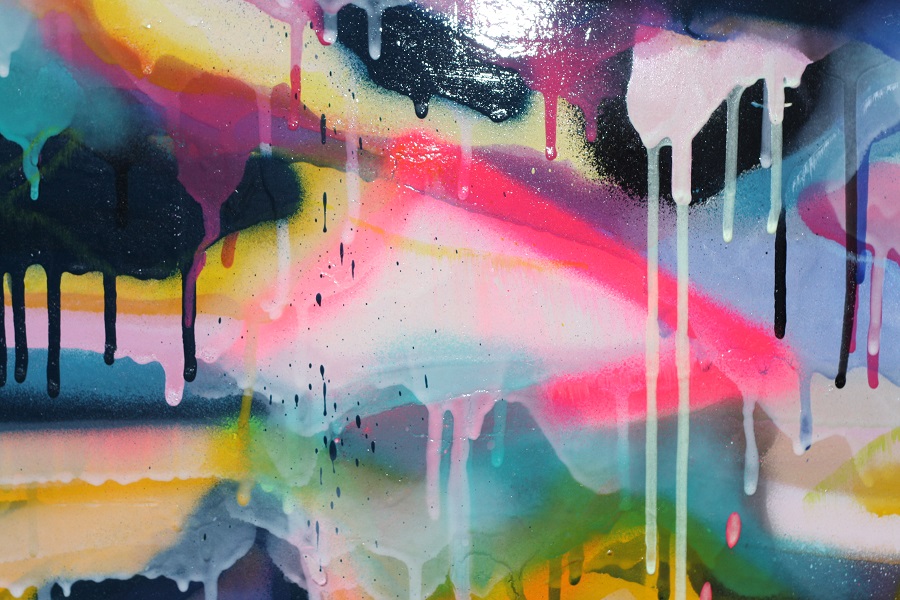 'Fiona Barratt (fionabarrattinteriors.com) says: Make a statement with artwork and accessories. Choosing brightly-coloured and textural artwork and objects can help make a space feel vibrant and energetic... Websites such as DegreeArt (degreeart.com) are brilliant for sourcing affordable artwork. It acts as a platform for university graduates to display their pieces.'

AS FEATURED IN: HEREFORD COLLEGE OF ARTS

Hereford College of Arts BA (Hons) Fine Art Graduate Tottie Aarvold has been included in a shortlist of 21 artists for The Signature Art Prize 2018/19.

“We are very proud to hear of Tottie’s success immediately after graduation, being selected and then shortlisted as a finalist for the prestigious and highly competitive Signature Art Prize. Tottie’s degree show work, which focused upon abandoned and overlooked spaces, is full of pathos and intrigue, and the final selected image is fantastically composed. We encourage students and graduates to submit for national prizes and opportunities, and it’s so pleasing to hear of Tottie’s deserved selection and exhibition in London. We wish her the best of luck for the final award!”

AS FEATURED IN: THE TELEGRAPH 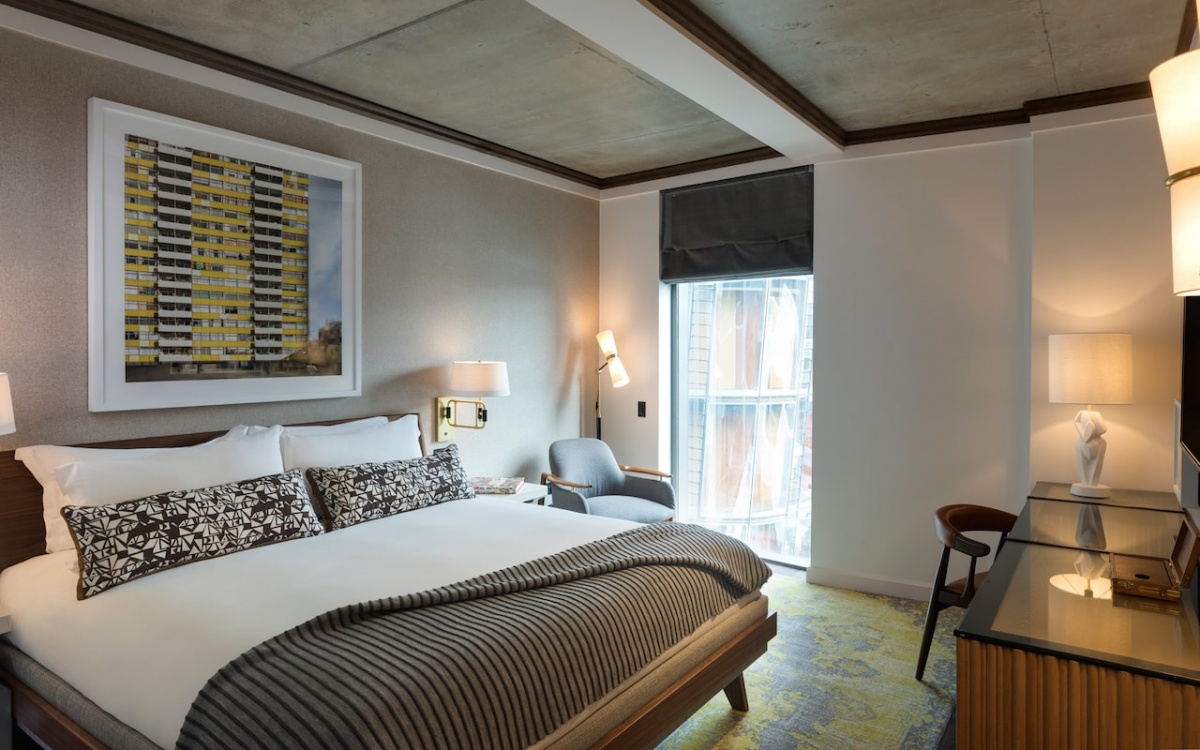 By Chris Leadbeater, 9 November 2018 | Gorrill is represented by the Contemporary Collective – an art gallery born into the creative swirl of Hackney, east London, in 2006, and now based at Somerset House on the Strand. It has made a mission statement of “supporting young artists in the emerging stages of their careers, to provide them with meaningful exposure and access to the market place and collectors”. It will curate the hotel as, effectively, an extension of its own space, filling its walls with the paintings and visions of talented individuals. Londoner Luke Walker is already notable by his presence. It is his dramatic, lined representations of structures in the capital – produced by applying paint with thin strips of masking tape – that illuminate the alcove next to the lifts on the ground floor. The city come within.

AS FEATURED IN: FORBES 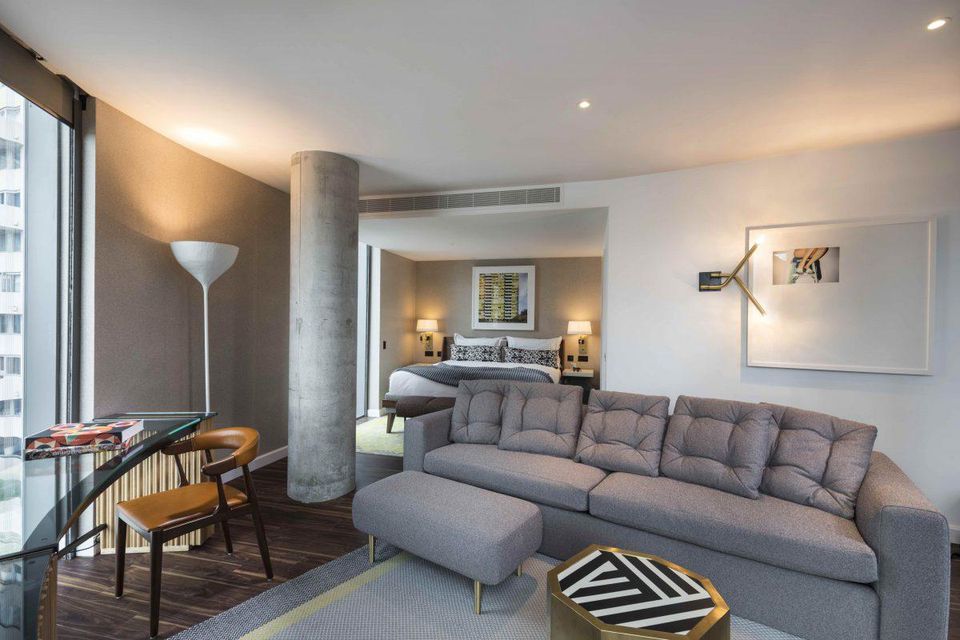 The hotel has also partnered with Contemporary Collective to run a rolling "Maker in Residence" program. There's an on-site artist studio, located on the ground floor of the hotel, which will provide emerging artists space and opportunity to showcase their work. 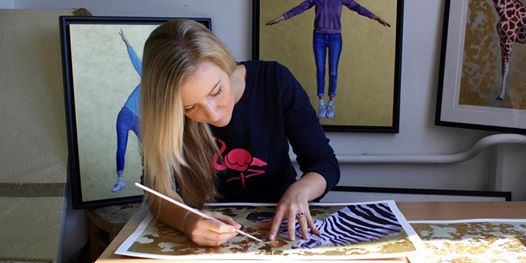 AS FEATURED IN: LUXURY LONDON 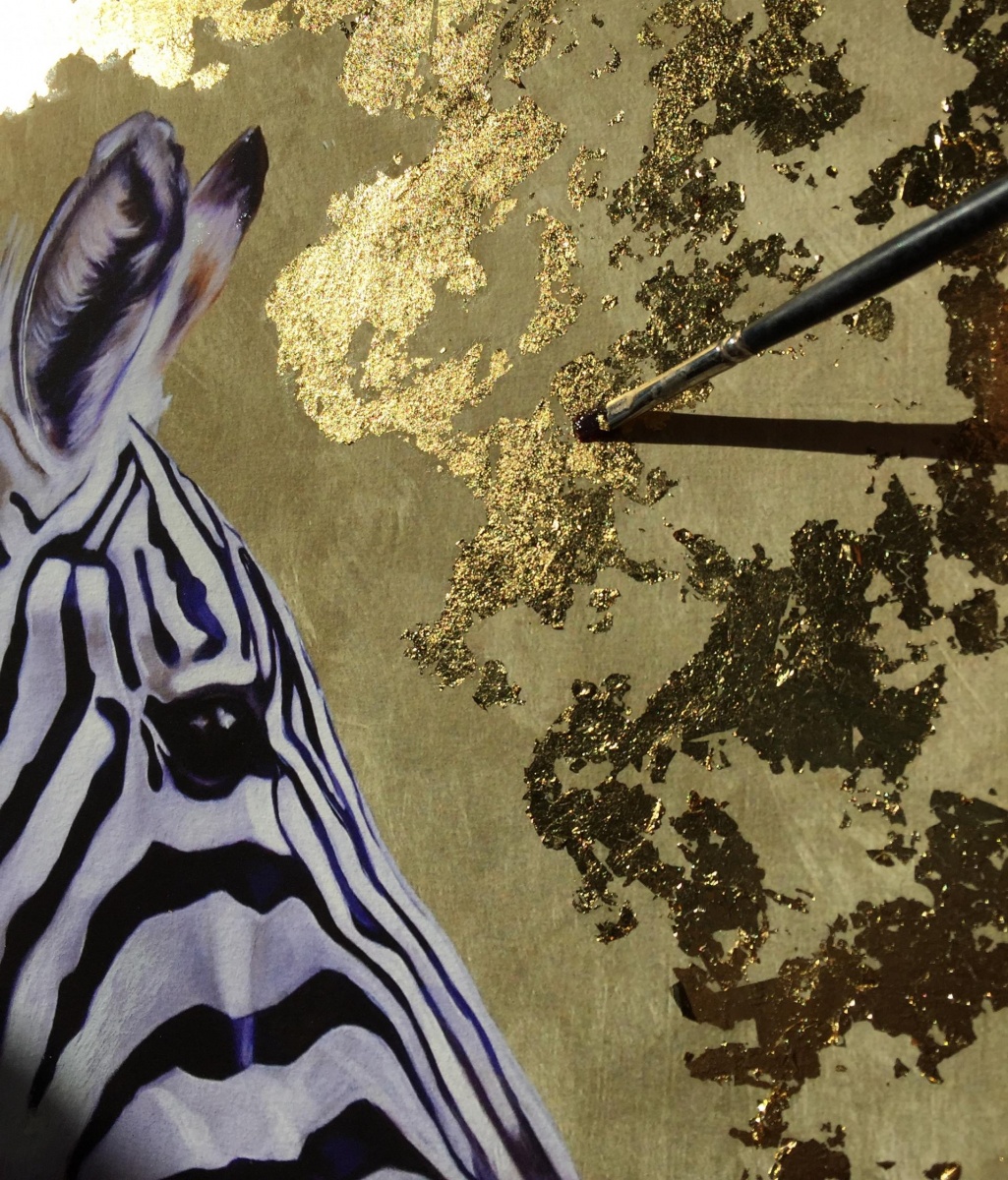 Current artist in residence at Bankside Hotel, Victoria Heald, is hosting an intimate gold leafing masterclass for art-lovers of all abilities this Saturday. Following a brief talk by Heald, attendees will learn how to embellish art using gilding paste. 100% of the profits raised will be donated to David Shepherd Wildlife Foundation.

AS FEATURED IN: INSPIRE DESIGN

Opened six months ago, Bankside, a design-forward hotel on the South Bank of the River Thames in London, has revealed its schedule for its Maker-in-Residence program, a rotating series of artists and workshops taking place in its ground-floor Makers Hub. Reflecting the hotel’s commitment to the vibrant creative district in which it resides, Bankside partnered with Contemporary Collective.

AS FEATURED IN: TRAVEL WEEKLY 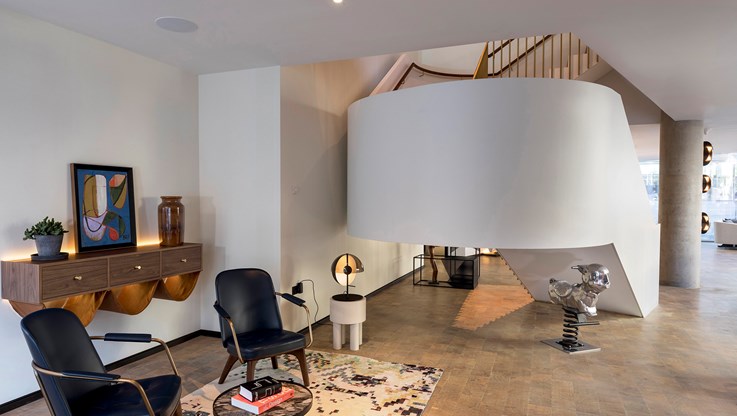 The first in what will be a rotating cast of Makers in Residence is London-based contemporary artist and urban landscape painter Luke Walker. The Bankside also commissioned Helen Gorrill, a portrait artist represented by the Contemporary Collective, an online gallery featuring emerging artists, to create three portraits of people with a connection to the area.

AS FEATURED IN: HOSPITALITY NET 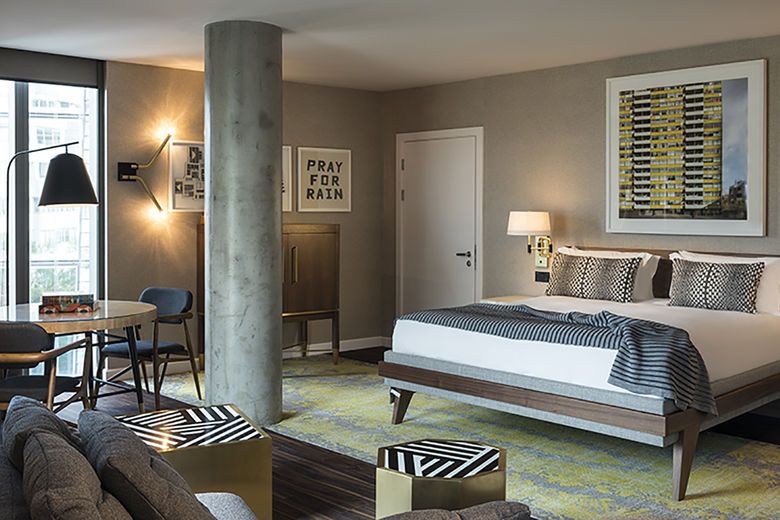 Reflecting the hotel's commitment to the creative area in which it resides, Bankside has partnered with Contemporary Collective to run a rolling Maker in Residence programme. This permanent space offers emerging artists the opportunity to showcase and create work just a stone's throw from the Tate Modern.

AS FEATURED IN: WE HEART 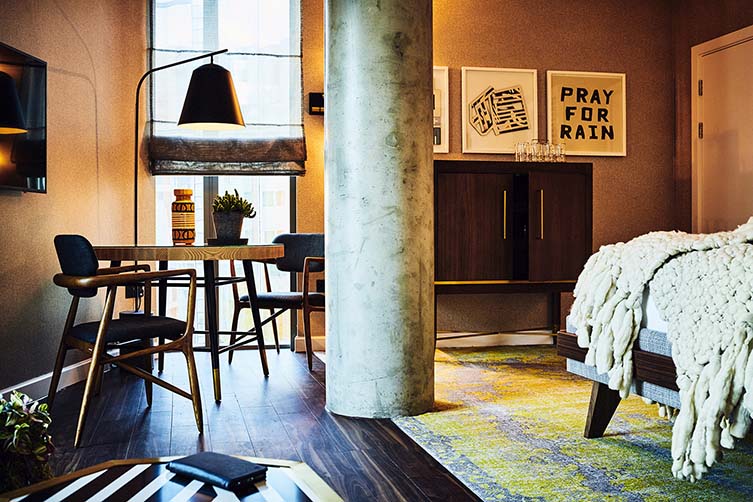 With easy access to the Tate Modern, Borough Market, and Somerset House, the new design-led Bankside Hotel combines the influences and culture of its surrounding neighbourhood with genuinely friendly service, art-informed interiors, and a commitment to be regarded as ‘the’ social hub for guests and locals with a penchant for style. A dedicated area of the hotel is home to a ‘Makers in Residence Craft Space’ where, in collaboration with Contemporary Collective, an ever-changing programme of creatives covering a range of disciplines will have the opportunity to practice their craft; guests having the pleasure to watch an artistic journey unfold throughout their stay.

AS FEATURED IN: HOSPITALITY DESIGN 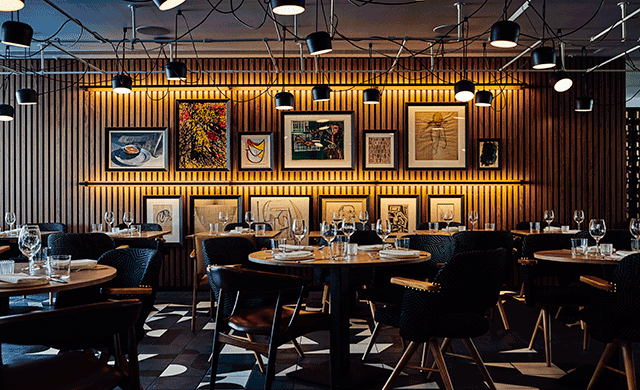 The design reflects the history of South Bank through an art school-inspired lens. British craftsmanship is also showcased across the interior with furnishings from local ceramicist Laura Carlin and artist and designer Malgorzata Bany, who crafted side tables cast from Jesmonite in homage to columns used to support buildings above water. Online art gallery Contemporary Collective has also launched the Maker in Residence program at the hotel.

AS FEATURED IN: TRAVEL PULSE

Underscoring the hotel’s commitment to the creative area in which it resides, Bankside has also partnered with Contemporary Collective to run a rolling Maker in Residence program. This effort will include a permanent space offering emerging artists the opportunity to showcase and create work just a stone’s throw from the Tate Modern.

AS FEATURED IN: LIVING ETC 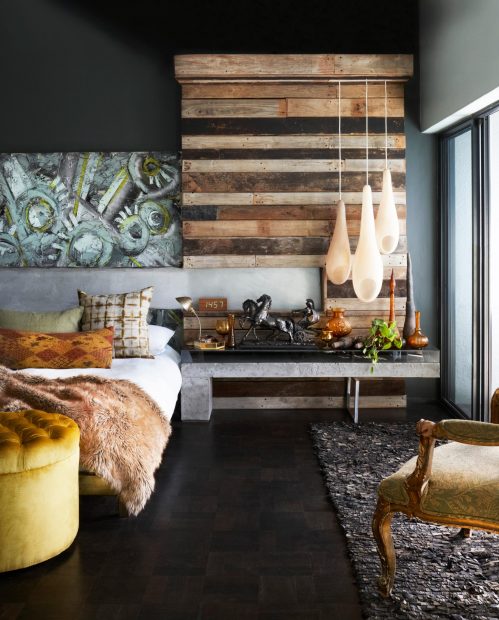 For woven pendant lights in a pod-like style, try Louise Tucker. Gray Concrete could make a table like this. The ottoman is from DAG in Cape Town. Head to George Smith for similar. The painting was knocked up by home owner. Try degreeart.com for similar artwork.

AS FEATURED IN: METRO NEWS 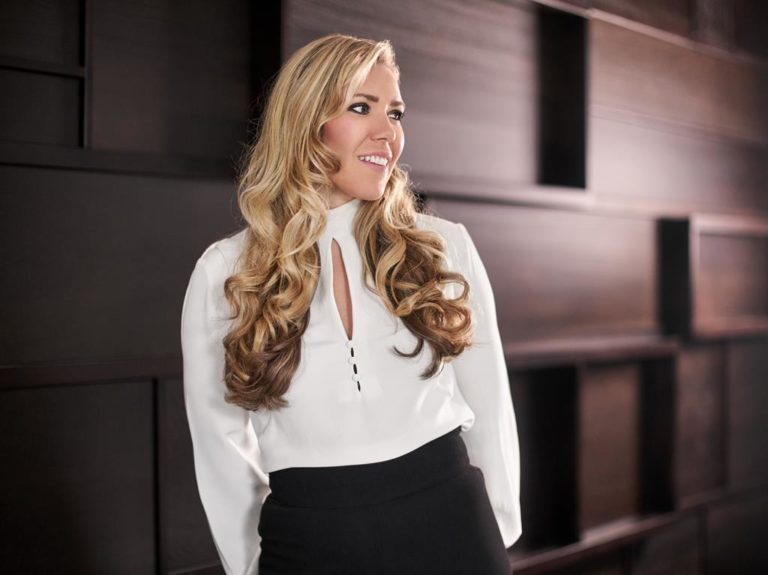 Fiona Barratt (fionabarrattinteriors.com) says: ‘Make a statement with artwork and accessories. Choosing brightly-coloured and textural artwork and objects can help make a space feel vibrant and energetic, as well as distracting attention away from the less desirable areas of the rented space. Websites such as Degree Art (degreeart.com) are brilliant for sourcing affordable artwork. It acts as a platform for university graduates to display their pieces.’