Born in Kingston to a French mother and a Jamaican father and educated in France and the U.K, I was forced to come back to Jamaica in April 2011 after completing a Photography M.A. at the London College of Communication (2009-2010). Unsure how long I will remain here, my current photography and video practice incorporates my body, exploring trans-location and physical expressions of emotional states in the search for my cultural identity.

'Immobility and silence are not only two objective aspects of death, they are also its main symbols, they figure it' *

Fueled by nostalgia, loss and mourning, this solo exhibition re-figures the aura of my late father by mapping out a personal world inhabited by myself as a masked figure portrayed in a variety of domestic and picturesque Caribbean spaces. The still images of varying sizes are soaked in immobility and silence, punctuated by two small moving image works and a group of character studies with one unmasked portrait. The presence of my home's 1960s furniture maping the gallery space; draws the viewer into the photographic plane, resonating with those more familiar with this environment then myself.

This character which I have named Whitey, re-appropriates the long lost family home and 'exotic' landscapes alongside collaged images of my father, which hover in the space that he should have inhabited. Whithin this re-composed archive, Whitey's poses are portrayals of the saturated emotional lanscapes which I inhabit. First created as a coping mechanism, Whitey has grown into a stand-alone character which appears in other charged Caribbean spaces such as Cuba's Bay of Pigs; in search of my wider Caribbean heritage.

artist statement for the photographic and time-based works made during my Photography M.A. (2010)

These two bodies of work deal with isolation, captured through still and moving images. Single figures hover between the real and imagined world of the frame I have recorded them in.

Raves, clubs and festivals are conducive to a type of non-partnered dancing which acquire aspects of personal and communal rituals. Since the early days of 1970's Disco, many critics have perceived this form of dancing as a hollow and individualistic form of enjoyment for 'young people who don't want to have contact with anyone and who couldn't anyway' (Lawrence quoting Borovik, p.318 in Lawrence, T (2003) Love saves the day, a history of american dance music culture 1970-1979, London and Durham, Duke University Press). In 2010, Dance music has grown and mutated into a plethora of different genres, and represents a large section of the music industry. Release yourself depicts three club dancers expressing their physical appreciation of a repetitive beat. With a more conceptual approach, Elation looks at the role of dancing within today's society, by focussing on the physical reactions of different dancers to the same beat.

CEMENT WORKS, THE MIRROR, THE WILD THINGS, A RED BALOON, THE GREENHOUSE

These single images are inspired by the fantastical elements within ordinary life found in children’s tales old and new. Within these intricate settings, a lone figure hovers in a frame rich with suggestion and mystery. The confined surroundings are an ambiguous stage in which the isolated characters are a visual trigger for a plethora of possible stories. 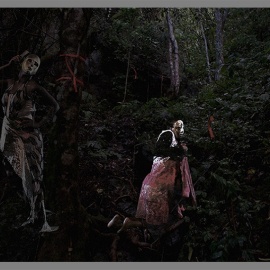 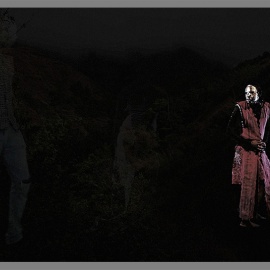 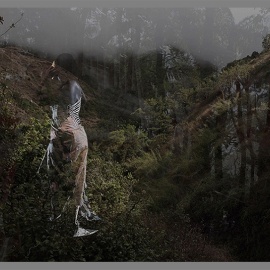 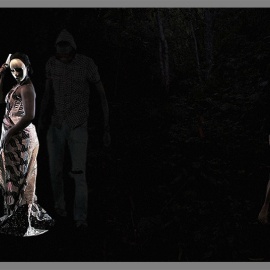 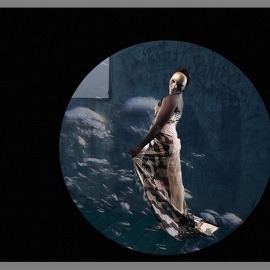 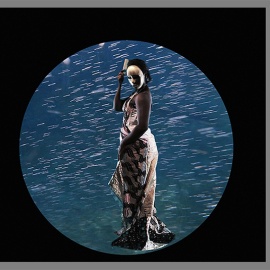