Rene Gonzalez uses portraiture, Landscape, abstract shapes and other artistic representations, with the intention of inviting the viewer to reflect on the act of conversation. Trying to depict his characters as modern day heroes, the artist paints scenes with individuals that go through great efforts to have difficult dialogues.

Starting his art practice in Costa Rica as a Graffiti artist and Mural painter, Gonzalez used Latin American folkloric iconography mixed with street art as a way to reflect the environment in a small and tropical urban town.

Moving to London to undertake a BA in painting, references to advertising, propaganda, religious iconography, fashion and film started showing up in the painters’ work, reflecting the historical context of the city’s atmosphere. The culture, architecture, access to galleries and not least of all, his time at the City & Guilds of London Art School, among other things, exposed Gonzalez to a wider world of painting and different approaches to art.

Although elements remain of his older practice, like the spectacle of flashy colours, the decorative and the storytelling aspect, new themes such as classical European art, abstract shapes and decorative ornamentation are now also present, as well as a new emphasis in conveying moods and emotions through the environments, spaces and the contrast between the different stiles of imagery interacting with each other.

Rene Gonzalez has worked creating art for companies such as Clarks and MADE.com, his work has been exhibited in gallery spaces in London and abroad, Like the V & A and the OXO tower in London, and continues to develop his art exploring the dialectic quality between art and the viewer. 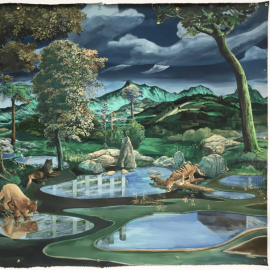 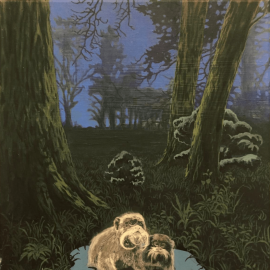 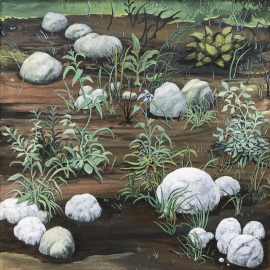 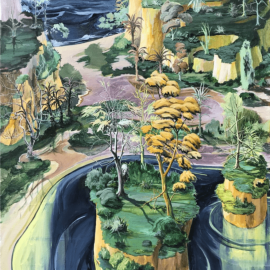 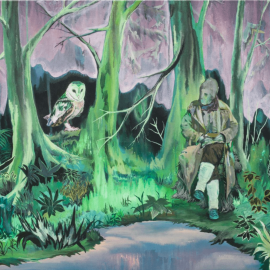 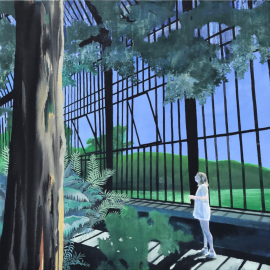 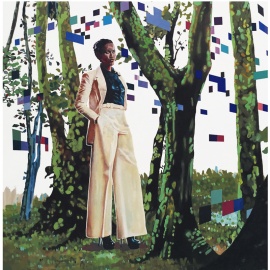 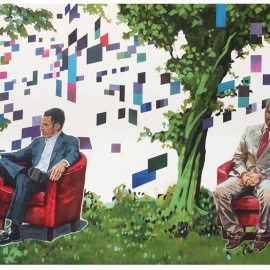 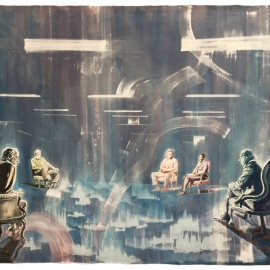 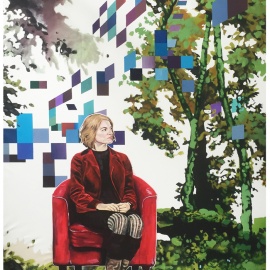 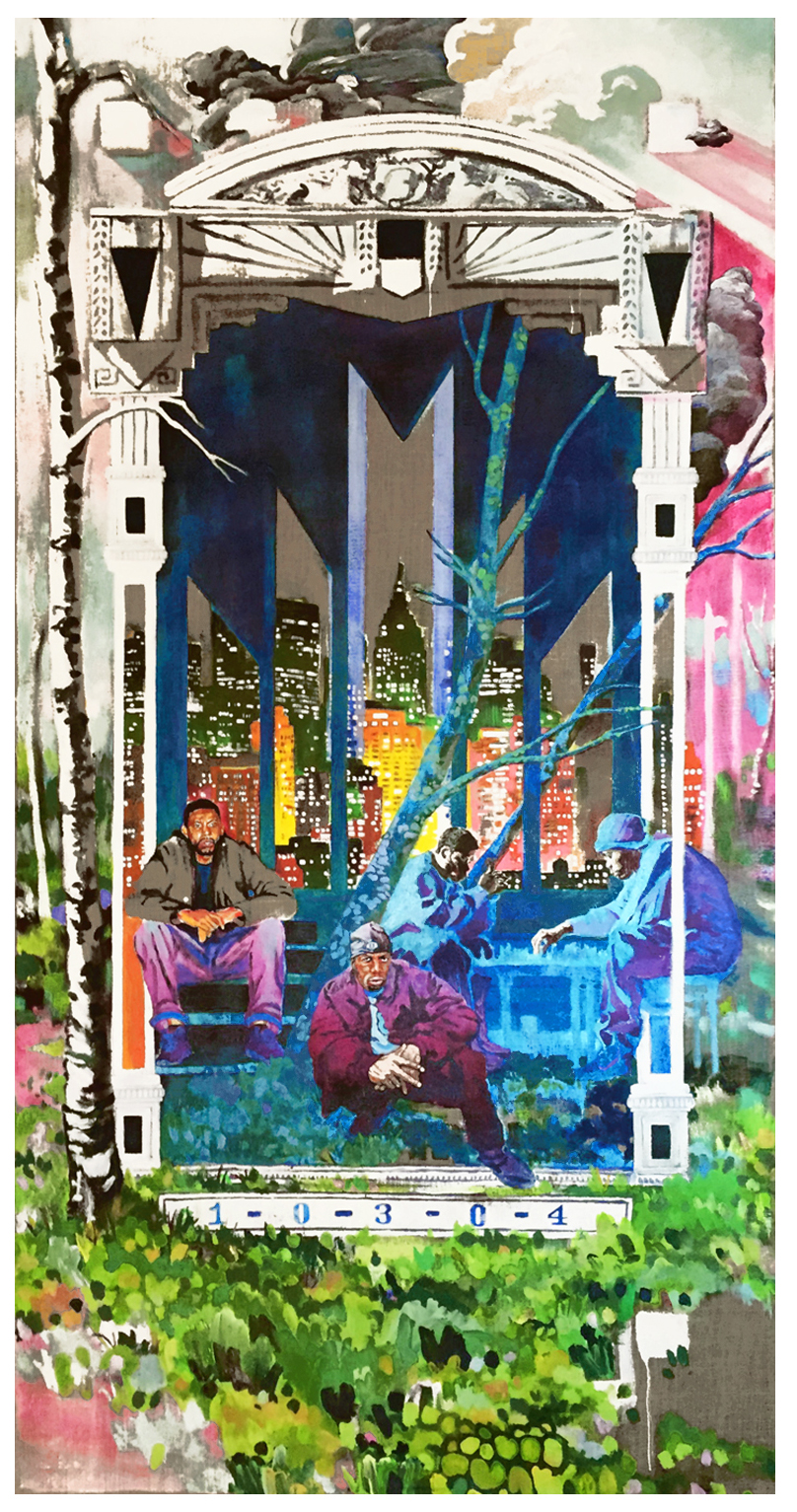