Thomas Perceval is an Artist based on the border of Herefordshire and Mid Wales, where he was born and grew up. The experience of living at this convergence of Wales and England has strongly influenced his work. He studied at Hereford Art College, followed by Camberwell College of Arts in London.

After returning to the countryside, he became re-engaged with the splendor and beauty of the Natural World. He decided to capture the spirit, energy and character of Trees, in an innovative way - combining drawing techniques with laser technology. The results are meticulously created, fine and detailed works, expressing the serenity, stillness and peace, found in the shape and form of Trees.

The Tree drawings are etched and engraved into Birch and Oak and framed with either Tulip or Oak. All colouring is done via the burning process only. Although each work is a Limited Edition, the individual wood grain pattern of each edition is an integral part of the artwork. No two editions are exactly the same.  Thomas’s work has been exhibited in various exhibitions including at The Royal West of England Academy, Bristol and La Galleria Pall Mall, London. 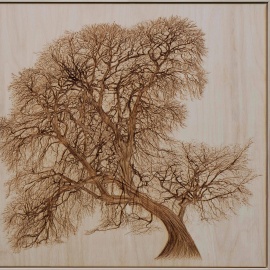 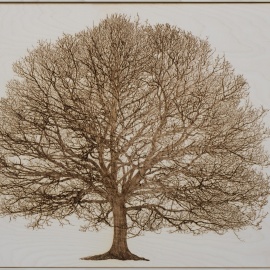 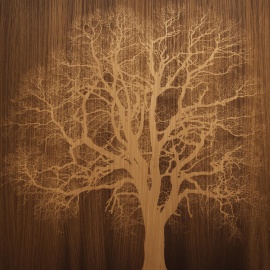 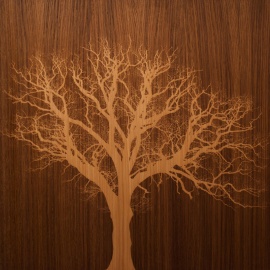