Bankside Hotel x Contemporary Collective are thrilled to welcome Birmingham based artist Imogen Morris to the Art Yard Gallery as their next Artist in Residence. Influenced by the traditional craft of hand embroidery, Imogen creates portraits using nail & thread. During her residency, Imogen will create a series of portraits using her signature technique that portrays a sense of movement and energy in the subjects to reflect the fast-paced atmosphere of the Bankside Hotel and community, located in the heart of London.

With the goal of developing her work into more of a 3D space, Imogen plans to create 14 portraiture works of subjects who are guests, visitors and local community members of the hotel that will create a sense of movement and pace in each portrait. Throughout this process, Imogen will approach, engage with, and photograph subjects to obtain a series of photographed portraits that will be used as a base for her original, nail and thread artworks.

Portraying the sense of energy and movement, Imogen will explore a variety of new techniques including layering up thread and utilising different lengths of nails to create multiple images of each subject in a slightly different position, using coloured thread to create light and shadow, and cutting out/fragmenting certain areas of the face to create a sense of stillness and movement in the subjects’ features. By creating different layers of images, Imogen hopes to bring her portraits further out into the 3D space and in turn push the boundaries of what she can achieve in her work.

For the duration of her residency, Imogen will take over the Contemporary Collective Instagram account to document her experience in the studio space. This takeover will feature process shots and final artworks to provide insight into Imogen’s creative process, as well as weekly summaries including video clips of various activities taking place in the Art Yard Gallery. Imogen will host a range of events whilst in residency, including a Nail & Thread workshop for adults and children.

Imogen is a Birmingham based artist who creates portraits using nail and thread.After completing a first class degree at Kingston University in Fine Art and Art History (BA hons), Imogen began working in the community arts and voluntary sector. However, 3 years ago Imogen returned to creating art for herself and began hand-stitching faces and animals by building up form in a polygonal style. Imogen is influenced by the traditional craft of hand-embroidery but her style of work puts a contemporary spin on threadwork. Imogen’s method of making consists of wrapping thread around nails which pinpoint the contours of the face to build up a mesh-like form made up of triangles. Imogen builds up layers and layers of these triangles to detail the subjects' features and create depth to the image. Every part of this process is done by Imogen's hands. Imogen’s work is both bold but fragile. While the triangular forms in the subject’s face are strong and harsh, they contrast with the delicacy in the materiality of the thread itself. The accurate portrayal of the face combined with the depth of the nails creates a sense of movement and character in her subjects’ face. 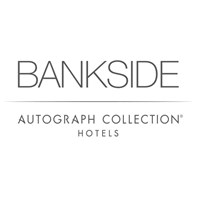 For any further information, please do not hesitate to contact Jenna Sachs: Jenna@artellite.co.uk / 020 3701 7412 / www.DegreeArt.com