THE WINNERS OF 2020 SIGNATURE ART PRIZE

On Thursday 13th February 2020, the Directors of Artellite announced the four winners of the 10th edition of the Signature Art Prize, the UK's original art prize dedicated to student and emerging artists. Selected from over 500 submissions from artists from around the world, the winners have been chosen by an expert panels of judges including industry insiders, established artists and past winners, from the 20 finalists in the mediums of Painting, Sculpture, Photography & Film and Drawing & Printmaking.

'The Finalists of the Signature Art Prize 2020 reveal outstanding standard and quality across all categories. Today’s announcement signals an impressive year ahead for the world of young, emerging artists.' Elinor Olisa, Co-Founder 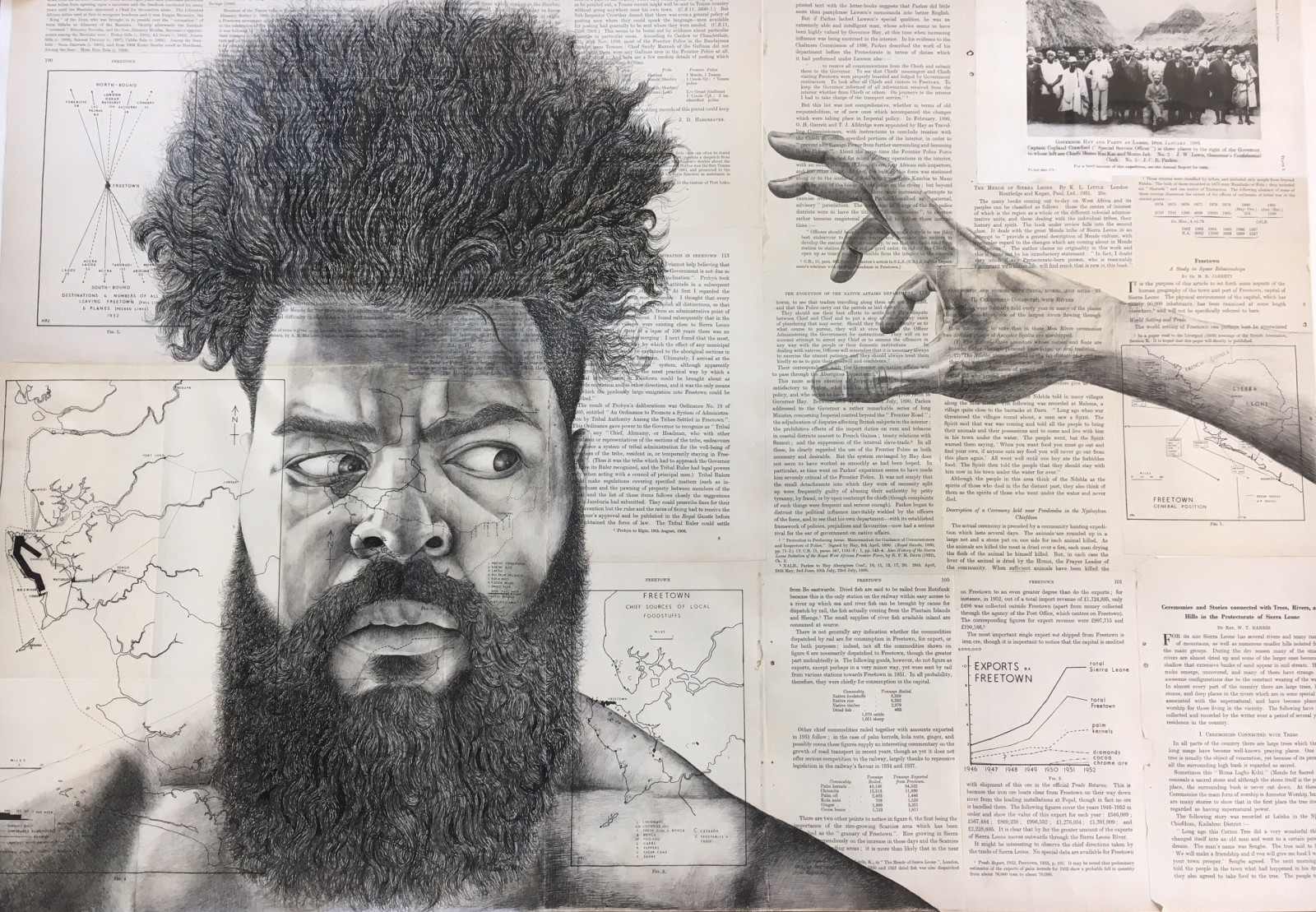 JUDGES QUOTE: 'This is a terrific piece in every way, great technique, great message, a great artistic achievement.' 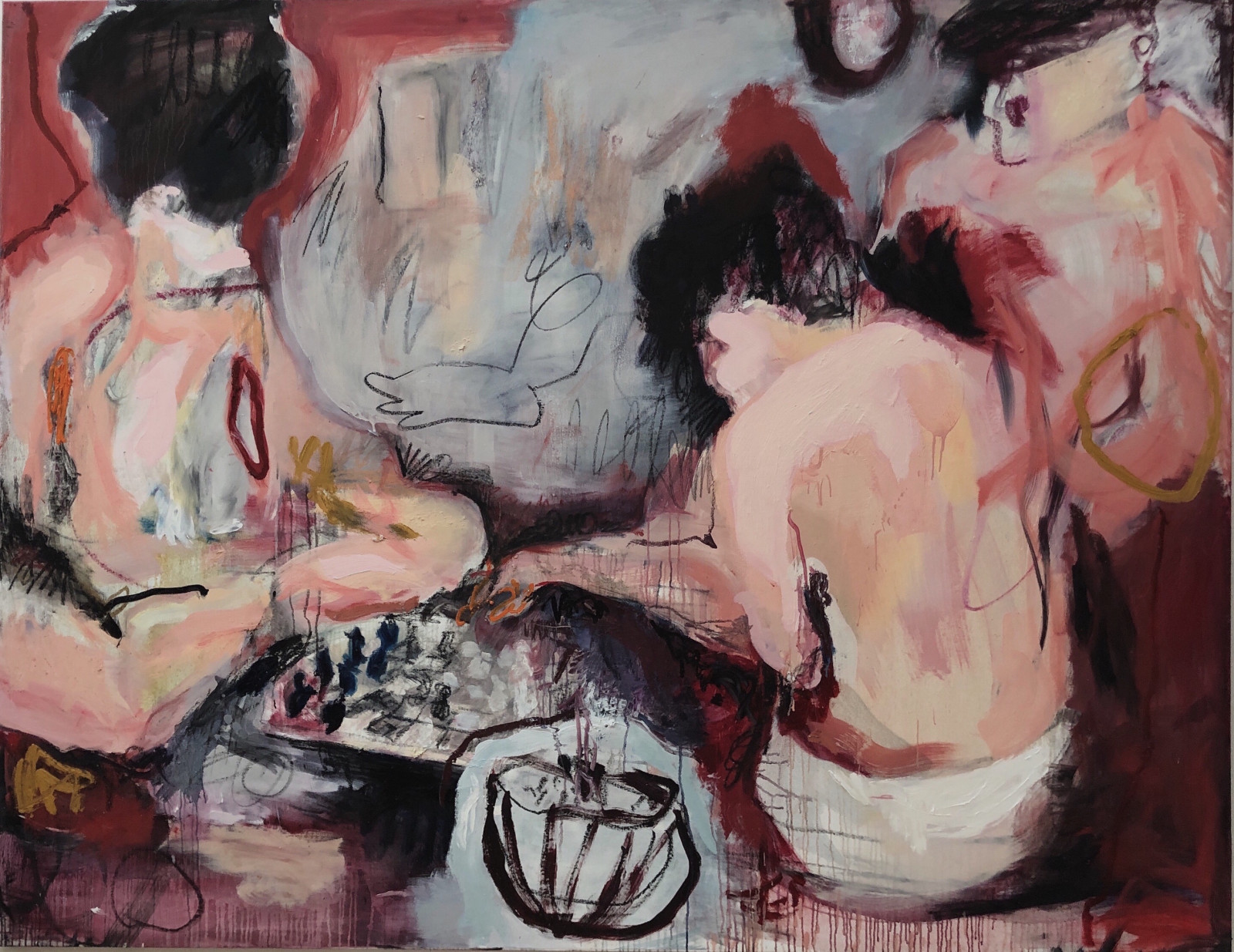 JUDGES QUOTE: 'Fantastic color with a great visual effect; it appears as a sketch but is very much a walk through time and space. An extremely evocative work.' 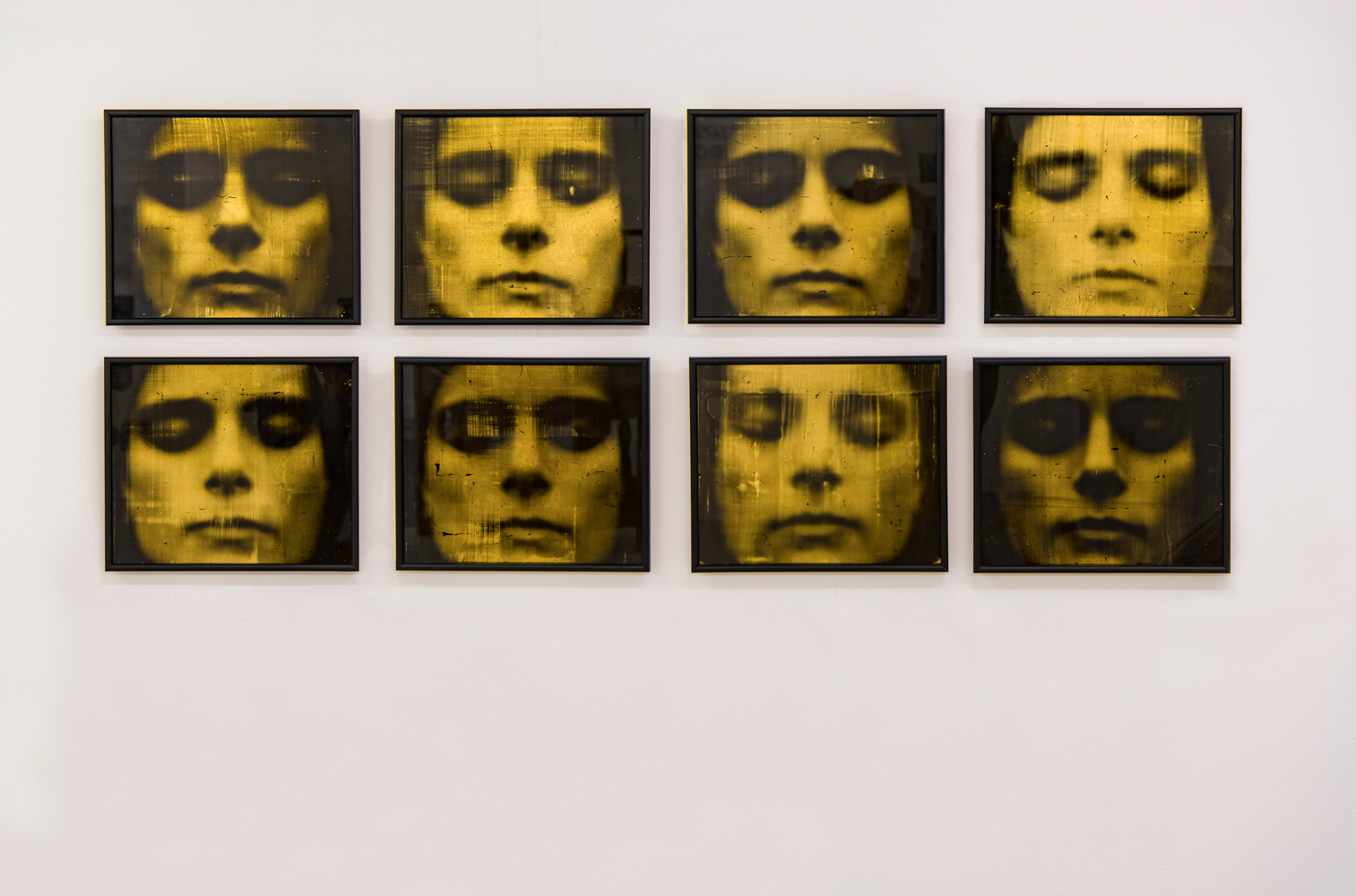 JUDGES QUOTE: 'A provocative, nuanced and impactful work. It promotes contemplation on a high level from the viewer and makes one want to come back and view it again and again.' 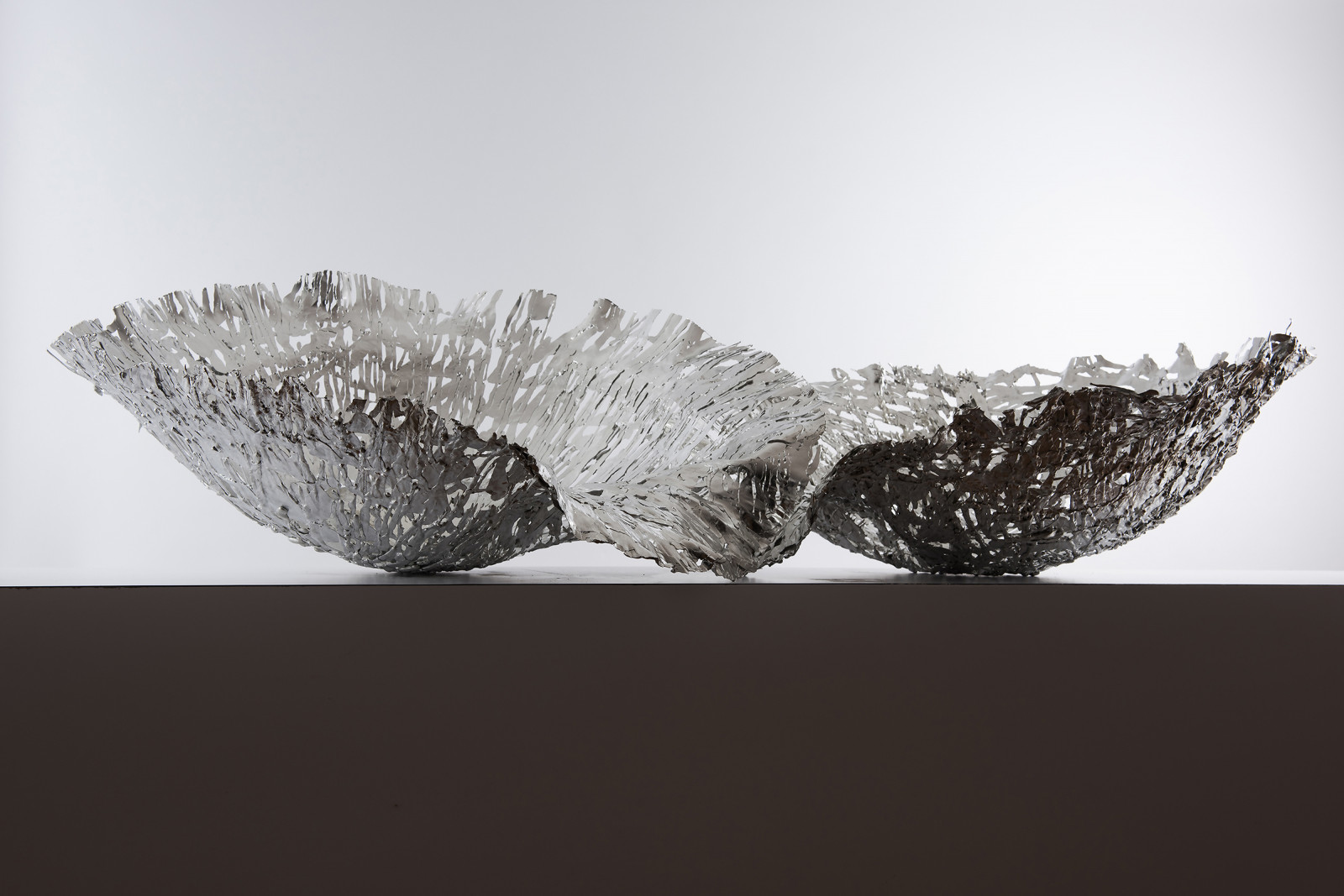 JUDGES QUOTE: 'Powerful and seductive pieces on a large scale.'

Over the past 5 months, graduate artists from around the world have entered the coveted Signature Art Prize to compete for the opportunity of representation by DegreeArt.com, a 10 month online Art Business Bootcamp from Be Smart About Art, The Directors’ Residency Award that will give the recipient a month long residency at the Bankside Hotel studio space and a copy of 'Art is your Life, Make it your Living' by Susan Mumford.

The four category winners were announced in the newly opened, design-led Bankside Hotel, on London’s Southbank. On display at the Gala were the winning images plus finalists who have been selected by the esteemed panel of judges, the Peoples’ Choice Award Winners and the Directors’ Picks (chosen by Isobel Beauchamp & Elinor Olisa).

This year saw the inclusion of the Aldridge Junior Signature Art Prize. Organised in collaboraton with the Aldridge Foundation entries were received from Key stage 4 and Key stage 5 students from across the family of Aldridge schools and the winners displayed at the Gala.

Founded in 2007 and now in its 10th edition, the Signature Art Prize is the only award of its kind that aims to promote the work of artists in the very early stages of their careers. Drawing attention to the unique perspective of students and recent graduates, the prize champions their signature themes and aims to bring their work into the spotlight.

The Signature Art Prize was conceived by DegreeArt.com directors Isobel Beauchamp and Elinor Olisa. They define an artist's 'signature style' as being "that which makes an artist unique; a combination of process and method, contributed to by the artist's own personality which results in a piece that is unique and specific to them." Those who visit university degree shows will be aware of the remarkable talent and high standards on show, and the Signature Art Prize aims to capture this energy and assist young artists in exhibiting and promoting their work in an often challenging art world.

The prize is open to all artists currently studying, and those who have graduated from an arts-based degree within the last 3 years. 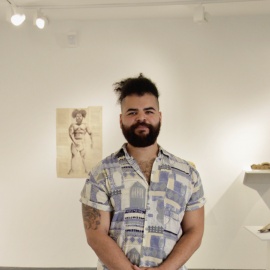 Although born in South-East London, my Sierra Leonean and Lebanese heritage usually feeds directly into my practice. Through the exploration of ethnic identity; I aim to convey a sense of empowerment to often marginalised ethnic groups. I look to start an ongoing discourse confronting socio political issues, specifically with regards to the perception of various demographics as being of lesser humanistic value. With the disenfranchised often being undermined by the mainstream media; which somewhat paradoxically reflects an archaic hierarchy of status showing similarities with colonial philosophies. Such ideologies are arguably still present within modern society. 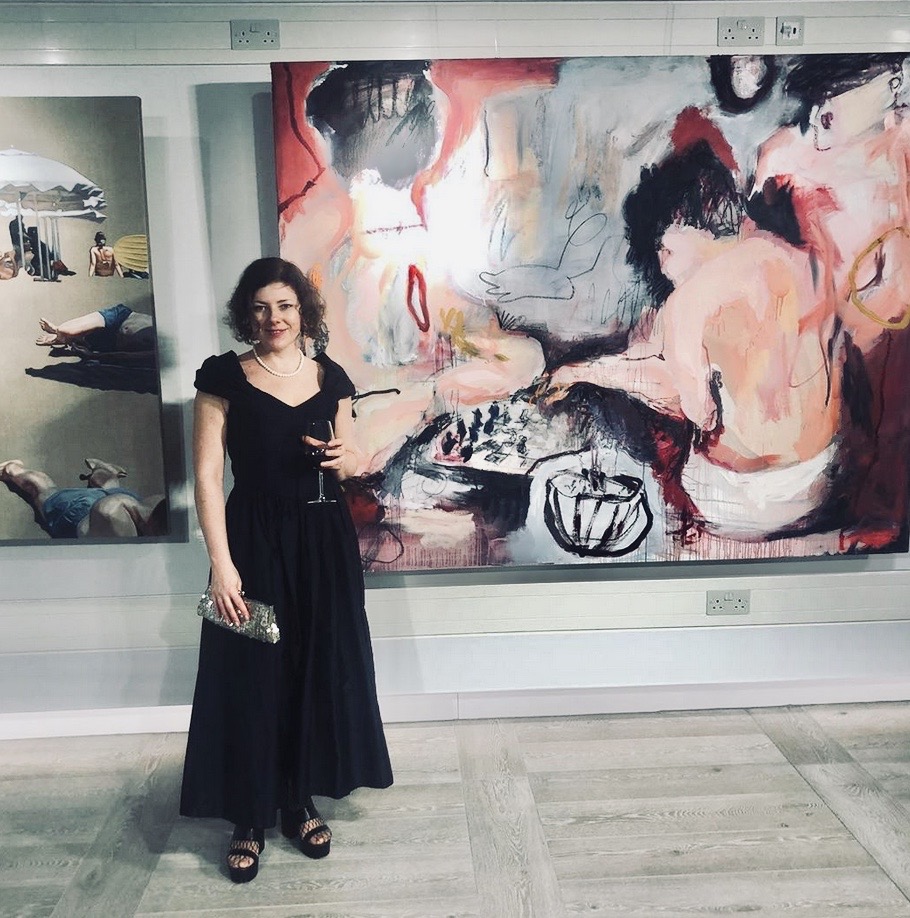 My approach to painting is rather playful and is based on my childhood practice of drawing over pictures in magazines, photographs and whatever material with the pictures of humans. Not necessarily mocking them, I liked to paint it over, adding something, simplifying something. This practice I moved to my adult life - now I take imagery which has some connection to me - like this family photograph of my father as a boy, playing chess with his friend on the beach - transfer on canvas with the projector and remake completely. I mostly take images from the past before my birth, where I was not present, and therefore I cannot have my personal experience of it, and everyone else ones are biased. Growing surrounded by Soviet past, I never could really get any consistent picture of it, as the peoples' perspectives and experiences varied from hell to paradise. These images od past before me, therefore, gives me a desire to interfere with an oppressive time scale where the past is practically unapproachable and we are bound to be physically present only in the present moment, to fictionalize it. My painting becomes a sort of space for an intrusion into someone's past, which I do with my body as a painter. This desire to intrude on the body of the past with my own corporeal presence brings me to a bigger scale, where painting becomes the physical act or even a dancing interaction between myself, the brush marks, the viewer's gaze and the past I'm dealing with. 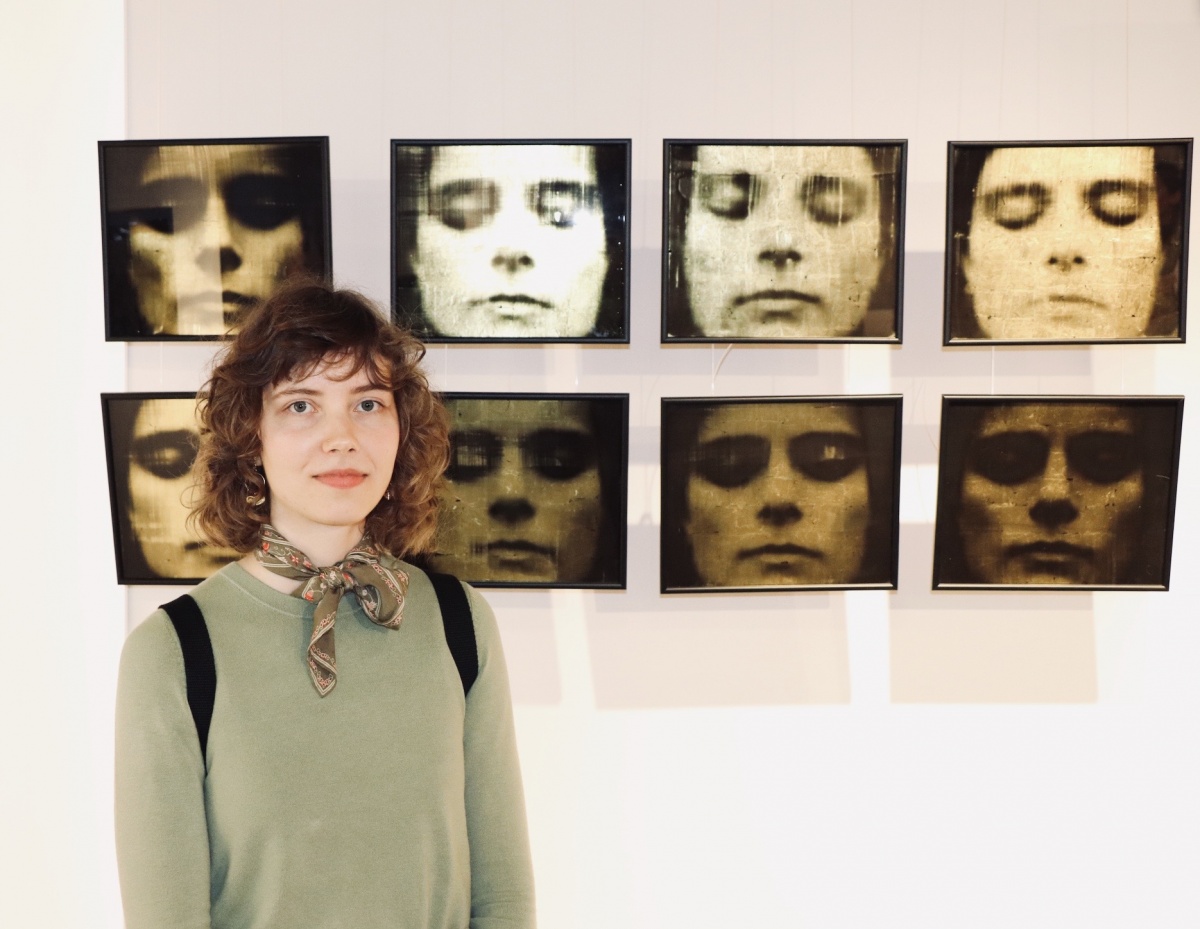 Lara Domeneghetti is an Italian artist (born 1992) who lives and works in London and South Tyrol (IT). She graduated from Camberwell College of Arts (London) in 2017 with an MA in Visual Arts and recently gained a postgraduate diploma in Historic Woodcarving and Gilding from City & Guilds London Art School. She has been awarded numerous prizes and scholarship including The Honourable Society of Knights of the Round Table Award, The Worshipful Company of Joiners and Ceilers Award, The Worshipful Company of Carpenters Award and Girnling Gibbons Wood Carving Scholarship. 'Medea' is a project that has been realized in collaboration with Silvia De Giorgi. The frequent collaboration between the two artists takes its starting point from their shared interest in the rich folk heritage of their native region in the Italian Alps and their fascination for anthropology of religion and archaeology. Reflecting on the idea of a modern world in constant flux and change, their work often relates to myths and rites connected to shape-shifting, metamorphosis and transformation. By referring to the human ability to adapt to the changing needs and ever-shifting environments delineated in stories of the past they aim to interrogate how these notions might be read and interpreted in the world of today. About the work: 'Medea' is a portrait study that dissects a single image shot on an analogue camera in a series of nuanced in-between moments. This work originated from a photographic negative, that was processed in the darkroom and repeatedly printed on glass plates using liquid photographic emulsion. The pieces created in this procedure, which are often blurred and distorted in the process, reflect on the passage of time and the constant flux of thoughts and emotions. The title of the work references the mythical figure of Medea, a controversial character from Greek classical tragedy. Originally described as a sorceress that drew her powers from the Sun she is here referred to as a metaphor for change and transformation and the myriads of possibilities captured in a brief and fleeting instant. The price of the work is £1,200 per piece ( per single photograph) and £9,600 for the entire series. All photographs have a wooden black frame of 1 cm and are ready to hang. 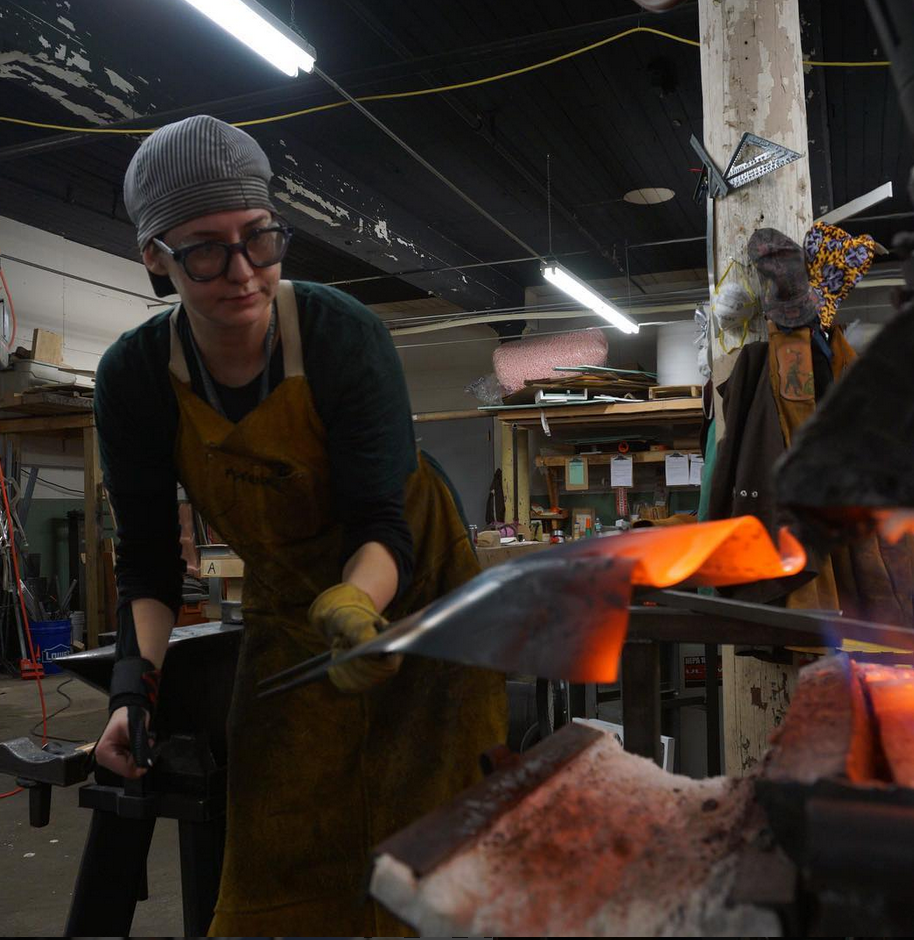 McKenzie Gibson began her academic journey by attending the Architecture program at the University of Tennessee. After five years, she dropped out to work at the architectural firm HOK (later Populous), eventually realizing the bittersweet truth that architecture was not her calling. The love of hand drafting and use of machinery for model-making had informed her true passion: McKenzie spent the next six years earning a BA(Hons) in Drawing from Camberwell College of Arts, London and an MFA in Furniture Design from the Rhode Island School of Design. Depending on the day, McKenzie wears any number of hats. She is an artist, blacksmith, woodworker, furniture designer, scientist, entrepreneur, teacher, and advocate for women’s empowerment. Her practice and final objects rely on experimental processes, informed by her meticulous data collection and the ideas of Gesture and The Verb. Serendipitous moments occur during these experiments that lead to the next idea, object, or process development. She tests, records, re-tests, and re-records the technical variables during the speculative period; whereas the objects are the result of a deliberate methodology, they are categorically sculpture. They’re art. They’re design. They’re science in tangible form. 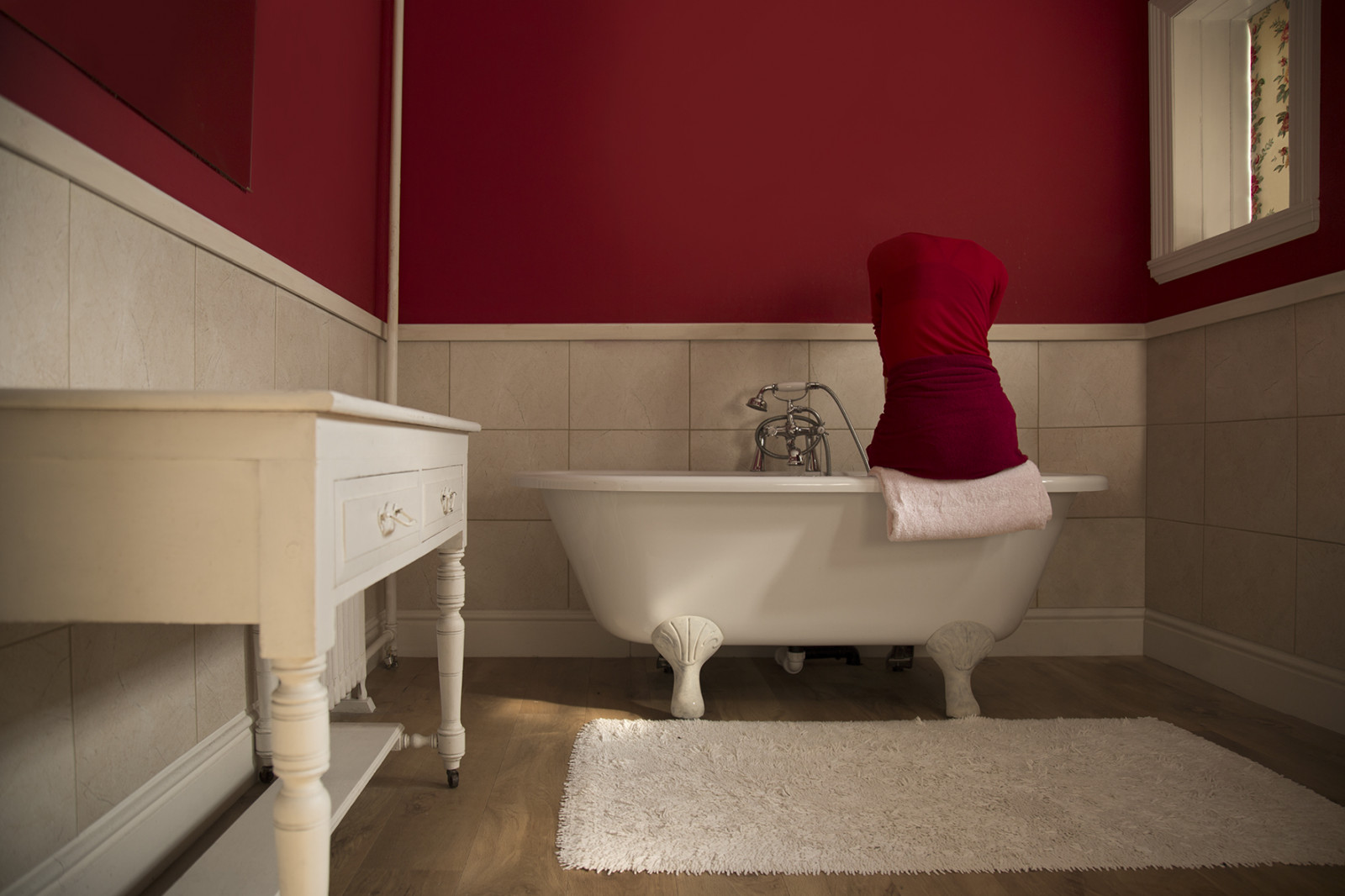 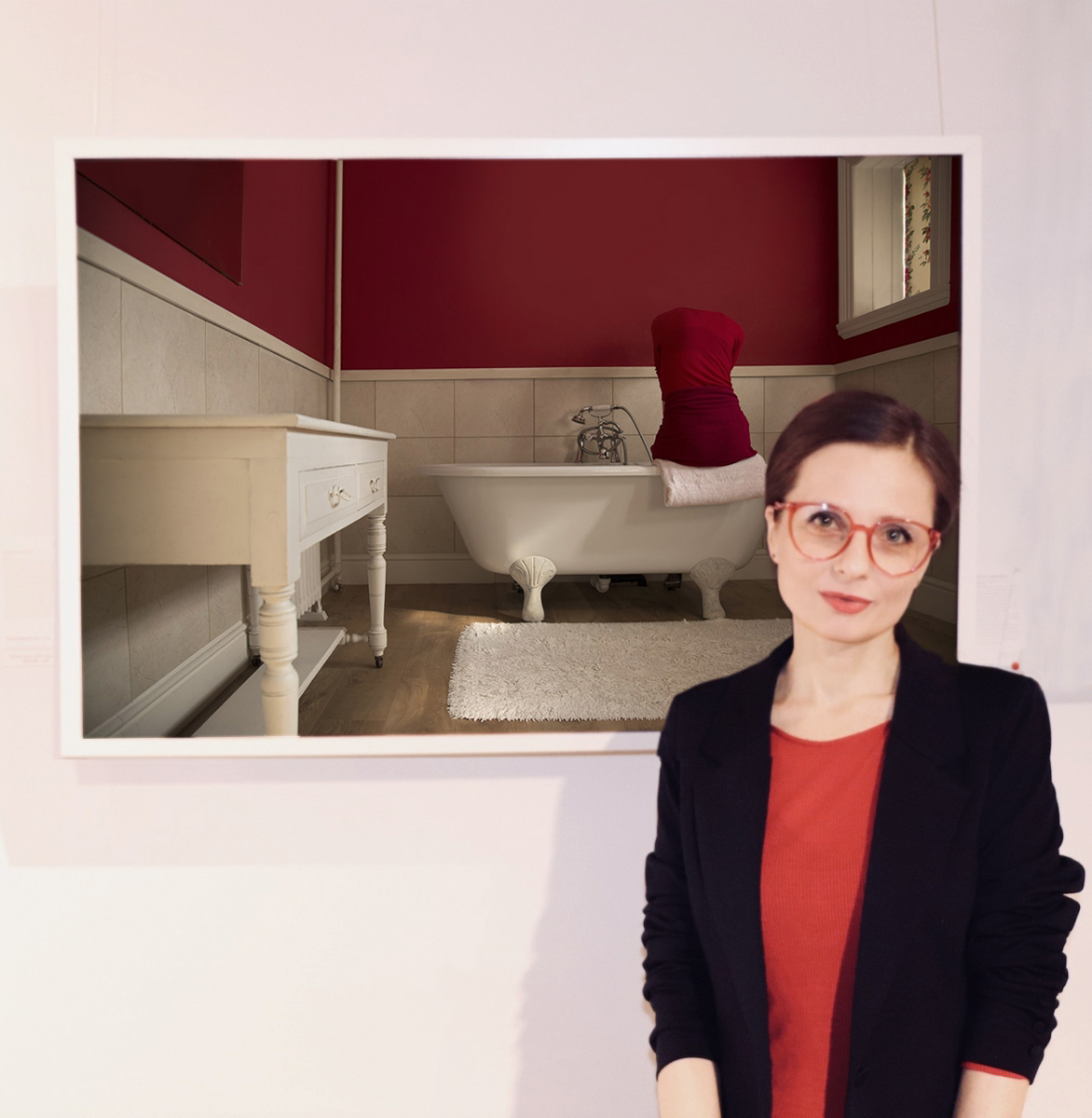 Malgorzata Dawidek is a visual artist, writer and art historian (PhD). Currently she is conducting a PhD practice-led research at the Slade School of Fine Art / UCL in London. Her artistic and academic interests cover the visual arts, literature and certain medical matters. Her practice is focused on the conflict between the condition of the human body, and discursive language. It addresses aspects of corporeality as a continuous narration, a text ‘in process’ – in relation to concept of identity, Self and Others - which she describes as bodygraphy. In her research, she analyses issues related to the physical and mental crises, the body vulnerability and limits, as well as to awareness, borders and possibilities of language in expressing them. 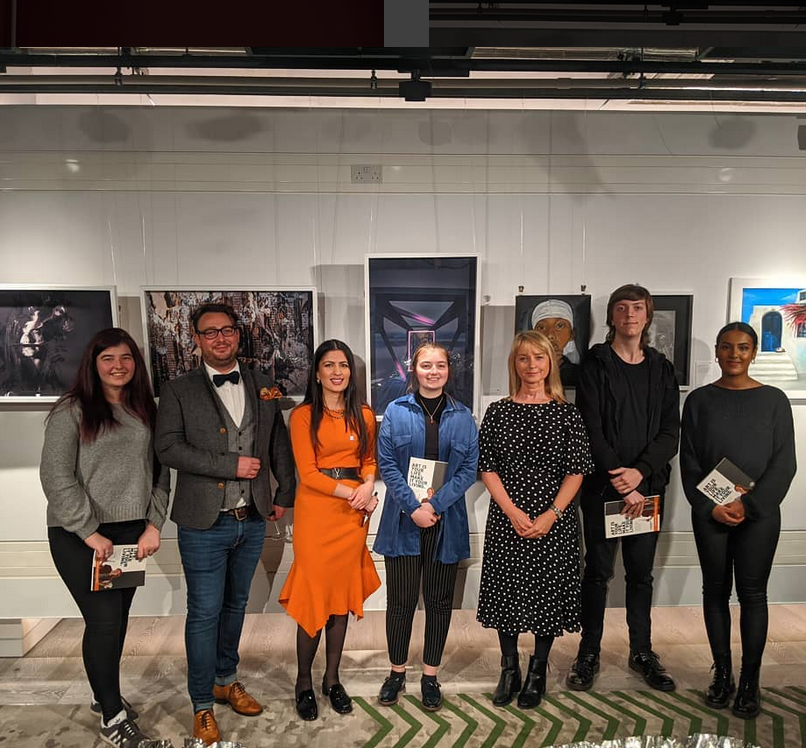 ﻿﻿In partnership with the Signature Art Prize, outstanding entries were received from Key stage 4 and Key stage 5 students from across the family of Aldridge schools. A panel of judges, including Foundation Trustee Lady Carol Aldridge, former Darwen Aldridge Community Academy student Khushna Sulaman-Butt, and Peter Gabriel, representative from the competition sponsor, Callsign, were asked to score the entries on a range of criteria from creativity and originality to quality of artistic composition.

The finalists travelled to London for a day of art related activities, seeing the best of London’s art venues, including Somerset House and the Tate Modern, before heading to the Bankside Hotel for the private viewing of the exhibition where the winners for each category were announced, as well as the overall winner, who will be offered an internship with Artellite.

All works are available to own and collect and will be delivered following the close of the Gala in mid-February - please contact Isobel Beauchamp Isobel@DegreeArt.com / +44 (0)20 3701 7411