The four artists were born in South Africa, where they currently live and work, nourishing their inspiration through the landscape of the country and its people. Although their work may not appear evidently African, there are South African undertones in their choice of subject matter.

The artists blend traditional and conventional materials, Varenka Paschke works on traditional South African fabrics as well as those brought from her travels around the world, while Norman O'Flynn uses enamel and spray paint on plexiglass. Jane Eppel uses oil on canvas, but her canvases are thick and appear almost sculptural against the wall.

Chagan Contemporary wants to give international visibility to emerging South African artists with the prospect of setting up a permanent London based gallery in 2011. The success of South African artists at the Affordable Art Fair in Bristol in May 2010 proved that there is an ongoing interest in art inspired by the African continent.

Geeta Chagan is the Founder of Chagan Contemporary. She graduated from the Michaelis School of Fine Art at the University of Cape Town. Before coming to London, one of the highlights of her career included curating the Unity Series exhibition at the World Economic Forum in Davos, Switzerland where Nelson Mandela was one of the featured artists. Since Geeta has arrived in London she has been gaining experience in London galleries, getting acquainted with the London art scene. 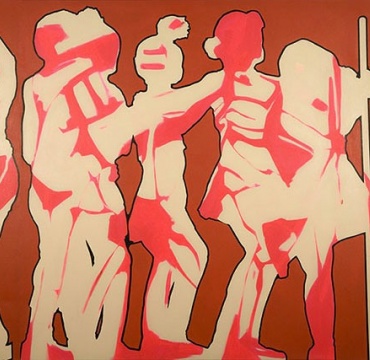