DUE TO POPULAR DEMAND, NICK LORD: REALISING THE TRUTH HAS BEEN EXTENDED UNTIL 7TH FEBRUARY 2015.

Combining his own unique painterly style with influences from classical art history, to 90s Hip Hop culture, to present day contemporary life in all its guises, Nick Lord represents what is most exciting about painting today.

DegreeArt.com and Contemporary Collective proudly present the debut solo show of Sky Arts Portrait Artist of the Year 2013, Nick Lord. Since taking first place in the Portrait Award in 2013, Lord has focused his attentions on creating a new body of paintings, influenced by 19th Century French realist artists including; Gustave Courbet, Edouard Manet and Jules Breton. Playing with notions of Realism, Lord imagines himself behind the easel of these artists, as if they were alive and painting everyday life today.

Through the act of translating our contemporary society onto canvas using his unique, painterly techniques and language of oils, spray paint and acrylic, the ordinary becomes fascinating. We are drawn in and absorbed by his built up and textured layers, eager to re-contemplate the narratives he depicts.

Courbet has fundamentally influenced Lord’s painting over the past 12 months. His painting ‘A Burial at Ornans’, which depicts the people of his village at his Great Uncle’s funeral, provided Lord with the assurance to embark on this, his most ambitious project to date. Lord has aligned himself with Courbet’s ability to depict the very essence of truth in his work by using real people, known to him, to empower him to paint pieces of the upmost relevance to him personally. “It is truth and relevancy that I’m trying to capture in my work.”

Nick Lord b. 1988. BA Fine Arts, Kingston University 2011, (Distinction). Lord lives and works in Cardiff, Wales. Lord is represented through DegreeArt.com and Contemporary Collective and is available for commissions. Due to the high demand for Lord’s paintings, please do register your interest with Isobel to receive a first preview of his new artwork, before they go on public release: Isobel@DegreeArt.com. 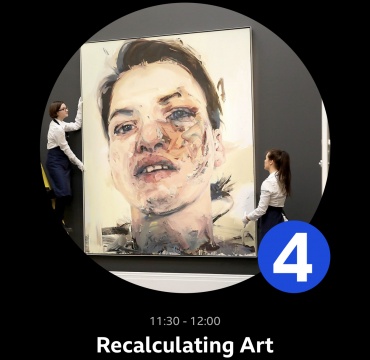