O L M P I A.
Olympia comprises a selection of texts
gleaned from the archive of poetic verses
that constitute The Female Zoo

The first in a trilogy, Olympia focuses
On writing that explores themes of nostalgia,
Remembrance and forgetting, conservation of memory
and erasure, in the author’s larger body of work. The Female Zoo
which currently appears as a journalistic, evolutionary diary.
Primarily concerned with the examination
of the myriad chambers of the female psyche.

Olympia was printed by the kind people of Ditto Press
London  |  www.DittoPress.co.uk

Writing under the pseudonym The Female Zoo
Patricia Rezai began compiling this set of texts in 2008.
Born in Canada. 1987, she has travelled and lived around the world.
She currently resides in London
where she is completing the rest of the trilogy
of which Olympia is the first.

Available for purchase, 100 limited edition copies of Olympia, the first in a trilogy.
Each book is presented in a hand-painted tote bag with a recording of the author reading a selection of texts on CD. It is set to a feature-length original composition, created for her by London-based recording artist Asiadeh.

There will be a screening of a short film made by Spanish film maker Luli Perez, documenting the creative processes behind the exhibition and the publication.

Meet The Artist | Interview with Samuel Ryde
Read the post 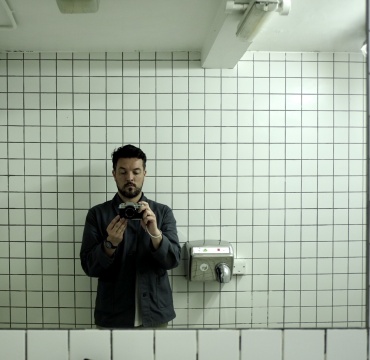