This exhibition brings together a group of emerging artists united by an obsession with paint.  From an addiction to their practice, to handling the substance of their medium, the selected artists live through this all-encompassing commitment to paint, as often required of painters in an era often dominated by new media.  HRL Contemporary has a natural affinity with these emerging artists, brought together for their shared dedication and potential to mould the direction of contemporary painting.

2010 is a pivotal year for these artists, with many of them undertaking major solo exhibitions and successful international shows.  April brought Tom de Freston’s solo, Exiles, at the Brick Lane Gallery with Tablo Arts; Zak Yeo’s solo show I am a Kampung Boy, with Fill Your Walls gallery in Singapore and Louise Thomas’s solo show Everybody is a Lake with Bischoff/Weiss in Mayfair. Similarly, Benjamin Cohen is busy preparing for his solo debut with HRL Contemporary at the Truman Brewery in October 2010.

PAINT is curated by HRL Contemporary in association with DegreeArt.com.

Meet the Artist | Interview with Emily Thomas
Read the post 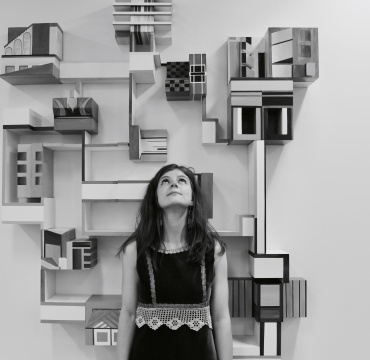