Un-Possible retour and Other Recent Works
By Clarisse d’Arcimoles

DegreeArt.com in association with HRL Contemporary is delighted to present the debut London solo show of emerging French photographer Clarisse d’Arcimoles.  Since graduating from Central Saint Martin’s just over a year ago, d’Arcimoles’ work has been enthusiastically received with exhibitions and awards in the UK and internationally.  She is currently exhibiting in Newspeak: British Art Now Vol. II at the Saatchi Gallery. Clarisse d’Arcimoles immortalises, revisits and re-imagines through her work, taking memory and the passage of time as her material.  Through this conflation of the past and present the results fluctuate between emotionally charged relics and documentary objects.  D’Arcimoles’ delicate handling of her subjects challenges authenticity and artificiality in a bid for both nostalgia and reality.

Clarisse d’Arcimoles: Un-Possible retour and other recent works will include new and recently acclaimed photography, film and installation by d’Arcimoles.  Un-Possible retour is a photographic series in which the artist reconstructed snapshots from her family photo albums. The works share the simultaneously poignant and comic atmosphere of The Good Old Days, a sustained investigation through notebooks, photography and film, into the life of Jimmy Watts, the oldest resident of the Market Estate in Holloway, demolished last year.  The film will be shown in a reconstruction of how the artist displayed the film in Watts’ flat, custom-built for the exhibition.  16 impressions sous plastique is a collection of self-portraits of d’Arcimoles in a series of hostels and hotel rooms while travelling across India.  The intimate environments are generic yet personal in their brief occupation, defined by the detritus of previous tenants or sterile anonymity, accompanied by unlikely commentary and recommendations.  These celebrated works will be accompanied by new and previously unseen works.

Where Are They Now? | Episode 1: 'Exploring Materials' Ft. Ernesto Romano
Read the post 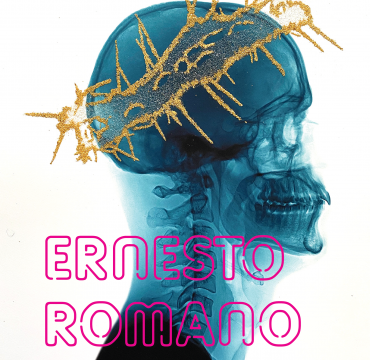