Other (BDes Design and Communication , 2009)

Rachel is an Abstract Artist, living and working in County Down, Northern Ireland. The phenomenon that subject matter could be neglected for a world full of thought and emotion, where our subconscious is given a paintbrush.

Preferring to abandon recognisable subject matter for a world of abstraction, her work is inspired not by who but by what, focusing on the paint itself as the subject. With an extreme passion for painting, her work focuses on communicating feelings and emotions through large abstract works, which embrace colour and texture with every stroke. Rachel will often let her subconscious take over, releasing an inner expression; the final piece is her individual expression. Rachel prefers her work to visually speak for itself and believes it is important to understand that the work depicts one thing to one viewer and a totally different thing to another. Everyone acquires something different from the same painting, as the paint, colours, textures all evoke various emotions in people; it’s all about personal experience and making a connection with the painting.

Rachel started painting around the age of 9, due to problems with hand control, she began using her head to paint, studying subject matter such as landscapes and scenery. She continued to paint with her head until she was studying for her exams, realising that she needed much more detail than she was able to achieve, Rachel again faced the frustrating task of trying to use her hands. Although she had attempted this before and failed, Rachel persevered and discovered that she could get a different kind of detail or texture in each painting. After completing a Foundation Diploma in Art & Design, Rachel studied for a Bachelor of Design degree in Design and Communication at the University of Ulster. While studying, she began painting again, using her hands and embracing her involuntary movements by bringing them into her work instead of fighting against them. Working on large-scale canvases also meant she found an abstract style that lends itself to her movements. She could be expressive with paint! As a graphic designer it is all about detail and precision whereas painting is the polar opposite; for this very reason, she loves them both! After graduating Rachel focused more on her work as a freelance graphic designer. She then felt a desire to dive back into her artwork, as each painting is an unforeseen journey which the artist and the viewer embark upon, both encountering different experiences.

In February 2013 Rachel travelled to Tasmania to do an International Art Residency in the Salamanca Arts Centre in Hobart. A two month self-arranged Residency to develop a new body of work which was exhibited in Melbourne. Rachel exhibited in over six exhibitions in Melbourne as well as creating the set design for Melbourne Spring Fashion Week in September 2013.

After spending a year in Australia, immersing in the Australian Art Culture, she returned home in 2014. Desperately wanting to change the Northern Irish Art scene and inject a bit of the Australian Accessible nature. Rachel, and husband Jonathan setup Haptik, a contemporary Art Space & Artisan Coffee Bar in Newtownards, County Down! Unlike anything in Northern Ireland, Haptik brings a Melbourne vibe and is making Art accessible to the public - check out https://www.facebook.com/wearehaptik. The Contempoary Artspace upstairs, opened in October 2015, housing studios, galleries & workspace. Rachel runs curated shows throughout the year.

In July 206, Rachel gave birth to her daughter, Harper. Now Rachel uses Motherhood as her inspiration! 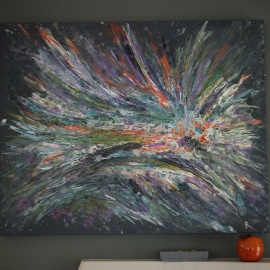 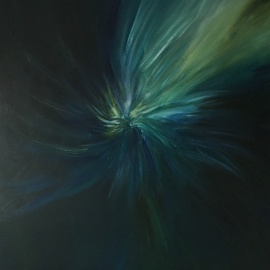 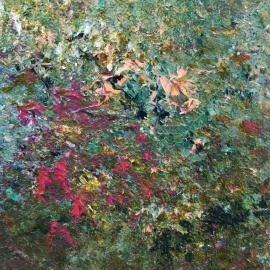 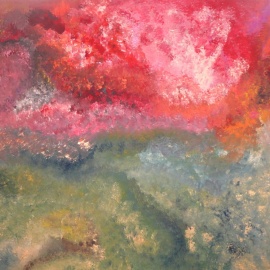 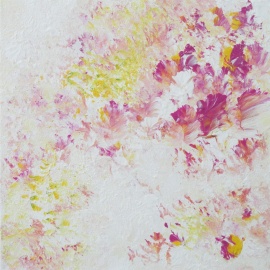