Gawie Joubert (South African, b. 1988) is a visual artist, illustrator and graphic designer. He lives and works from his studio in Durban, South Africa

Joubert obtained a Graphic Design degree from the North-West University in 2010. Hereafter, he had a brief career as an award-winning Art Director, Illustrator and Illustration lecturer.

In 2014, Joubert focused his attention on his budding fine-art career and became a full-time artist. He has participated in numerous group exhibitions and art fairs locally and abroad and has been selected as part of the Top 30 for the SA Taxi Foundation Art Award (2017) and the Top 100 for the Thami Mnyele Fine Art Award. Joubert held his debut solo exhibition, Biophilia in 2016 at In Toto Gallery in Johannesburg. In 2017, he was invited to The Budapest Art Factory International Artist and Curator Residency Program where he spent 5 months living and working in Hungary. Joubert is currently working towards his third solo exhibition in November 2017 at Rust en Vrede Gallery in Cape Town.

Joubert is known for his ethereal ink and charcoal drawings, that evolve around complex connections between humans and nature. His current work can broadly be described as an experimental process, where he masterfully surrenders control to allow his medium to lay the foundation for his art-making. Fueled by his belief that humans are dependent on nature for psychological and physical well-being, Joubert creates artworks mostly depicting morphed figures and greenery. These artworks simultaneously explore the artists own interest in the fluidity of identity. 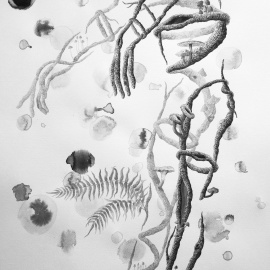 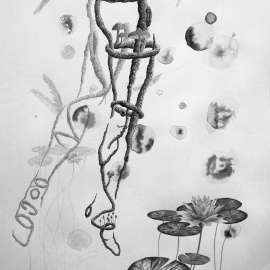 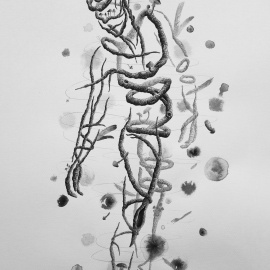 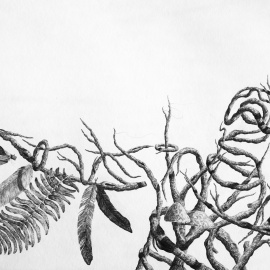