Sciences and holds a master’s degree in Game Design from the University of Montréal.

He is the original creator of the aquacryographic technique. This multidisciplinary artist

hired in 2007 by Studio Ubisoft Montréal is also the musician behind Amadeus Machine.

He exhibited from the beginning of his career with world-renowned

artists such as Armand Vaillancourt and Jean-Guy Mongeau. After 2 years of work on

the concept and level design of the game based on the James Cameron’s AVATAR,

Actually, the artist also working at Alice Studio (Motion Capture) for Ubisoft AAA project’s such as

Since its first awards in 2007 to Vocation in Art, Luc Langlois continues production

works with his aquacryographic technique.

chemicals that are one or thawed and refrozen several times while undergoing various physico-chemical treatments, then proceeding

the melting of the final set on paper or on canvas.”

Luc LANGLOIS [2006]. Traduction by GoogleTranslate from the original french.

By using emerging canevas such as water and ice, I allow nature to cooperate in my creative work, and nature works in the same direction by creating patterns, symbiotic relationships that generate lifeforms. The aquacryography* is a practice that reveals the geometry of nature and its possible worlds. These structures are highly complex and traces the legacy of all physical laws, as chaotic as they are, and organize our cosmos are the fingerprints of the universe in all matter.

"Instantaneous, on the spur of the declining movement," Luc LANGLOIS seizes the ephemeral side of an evolving world going away, coming closer, joining, dissolving, hanging in a floating brightness. Defying the laws of balance, his shapes do not present any grip, any gaze resistance, they are free, and they drag us towards the infinite, the game of space." 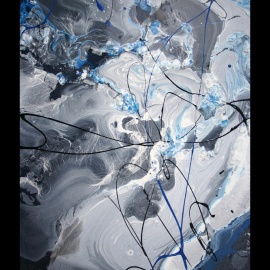 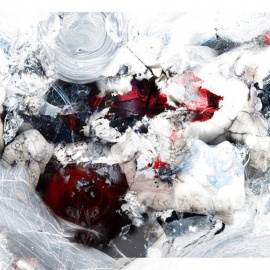 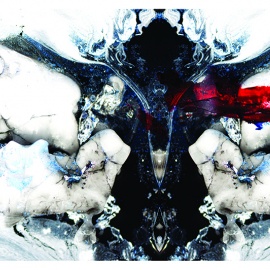 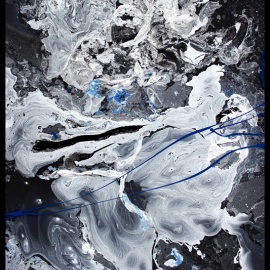 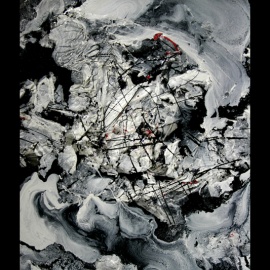 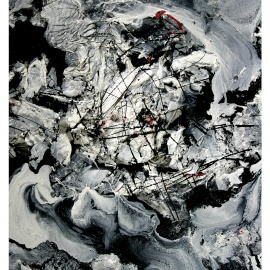 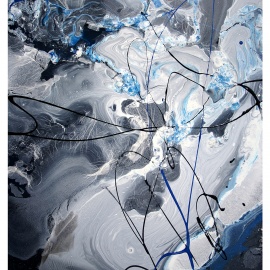 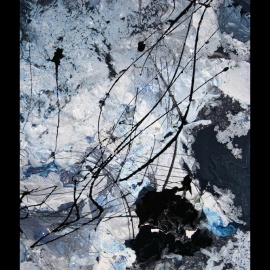 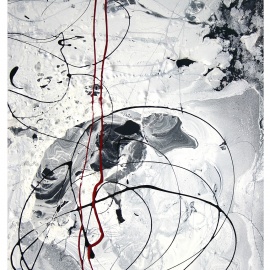 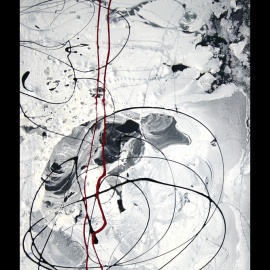 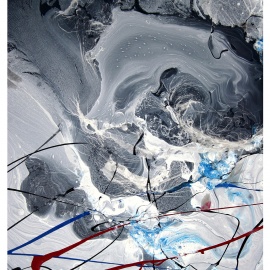 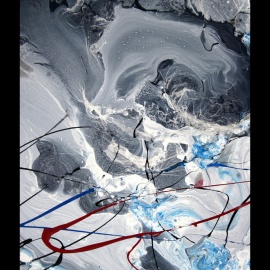 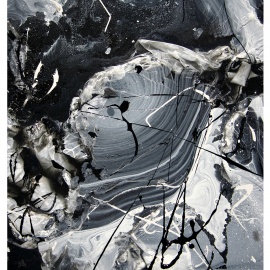 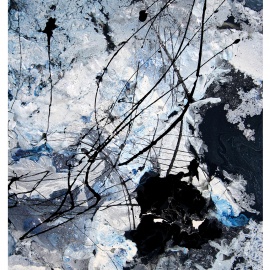 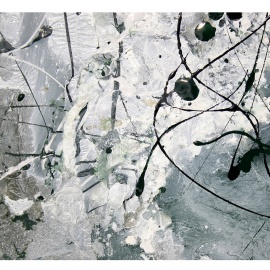 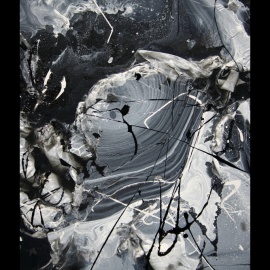